A massive first is set to occur at Optus Stadium with the Perth Scorchers playing the first pride match by a mens side in WA. 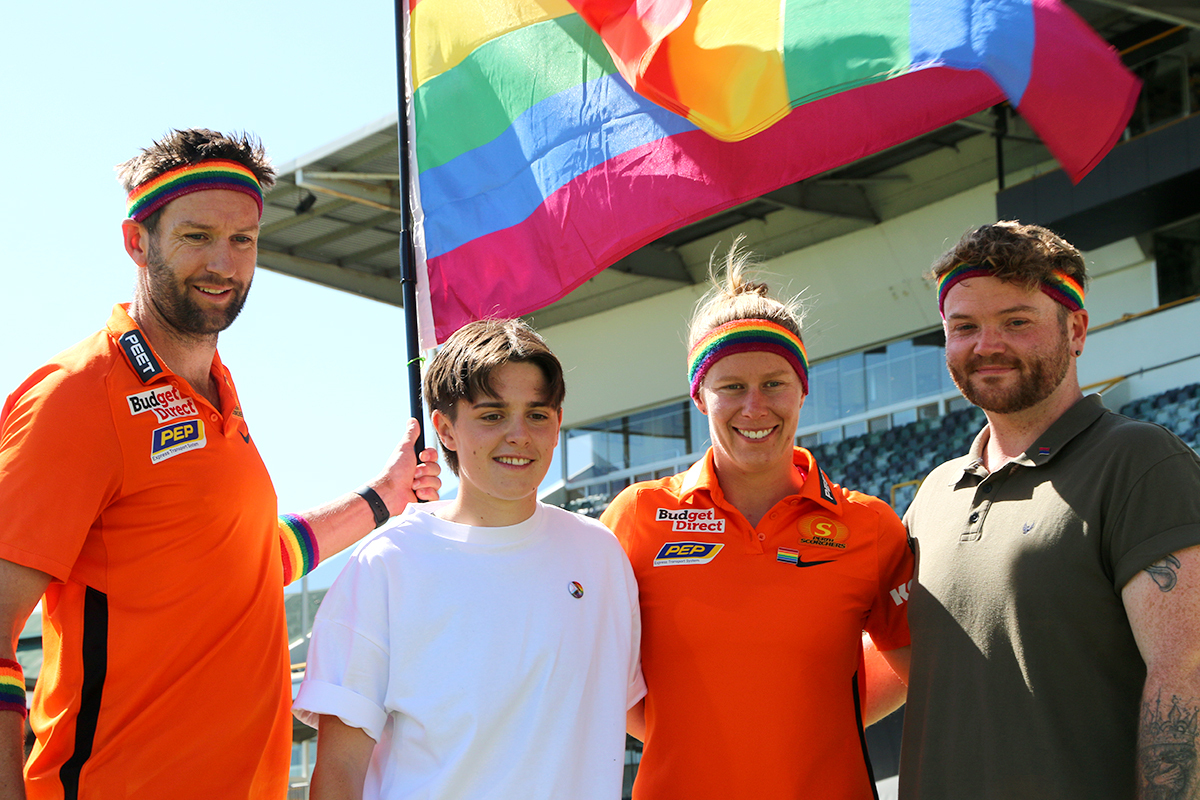 A major first for inclusion in Western Australia is set to occur on the fourth of January as the Perth Scorchers become the first professional men's sports side in WA to host a pride match.

Early last year plenty of criticism came to the AFLW West Coast side when they were the only team to not wear a pride jumper before eventually, they adopted the jumper for the second AFLW season that occurred later in 2022.

Here the Scorchers are getting on the front foot by celebrating the LGBTQIA+ community.

The pride celebration will be visible on all the players with them wearing rainbow colours on hats, pins, shoelaces, sweatbands and socks which have been tie-dyed.

The Scorchers were the second team ever to host a WBBL pride match back in October and now the men will join them in an epic celebration. This celebration will include music, a multi-coloured pyro and a light show while DJ Leask will perform throughout the night. There will be even more before the game with table cricket, inflatables, bowling machines, catching competition and face painting occurring on the Souther oval.

It's important to note this isn't just led by the Scorchers but has been organised by a Pride Working Group with staff from the LGBTIA+ organisation Living Proud.

“It’s very important that we create a safe and inclusive environment for everyone and we’re doing a lot of work off the field and within our staff groups to educate people around Pride and what it means, and why we’re doing it,” Andrew Tye a member of the Pride Working Group said.

“As athletes, we have such a strong platform to drive an awareness campaign and to show people what it means and it’s really important for future generations to understand and accept all walks of life and differences in the world.”

Mathilda Carmichael is another member of the Pride Working Group and a member of the Perth Scorcher WBBL side. She also spoke about what makes this event important and how important it is having an inclusive environment.

“I know as a team we welcome everyone, and we want to see everyone’s differences - that’s what makes the team great and pushing that message more broadly into the community is really important because for any group or workplace to be successful diversity is key,” Carmichael said.

“The education session by Living Proud have been fantastic, and it creates conversation and makes individuals reflect on different situations and settings and how things can come across to people if you’re not educated. This ongoing education is not just allowing us to be good cricketers but ensures we are an inclusive team.”

As Carmichael says the session by Living Proud has been key for many players. This group has been conducting regular sessions with the Scorchers men's and women's teams and staff to show how important meaningful engagement with all communities is.

There is no doubt that in the past cricket hasn't been the most welcoming environment to the LGBTQIA+ community but through events like this hopefully, the Scorchers are leading change.

As CEO Christina Matthews said; "We want people to know that it doesn’t matter what your sexuality, ethnicity, gender, or socio-economic background is – you are always welcome in the WA cricket family.”

The Prime Match will take place between the Perth Scorchers and Sydney Thunder on the fourth of January with the first ball coming down at 6:15 pm AWST.