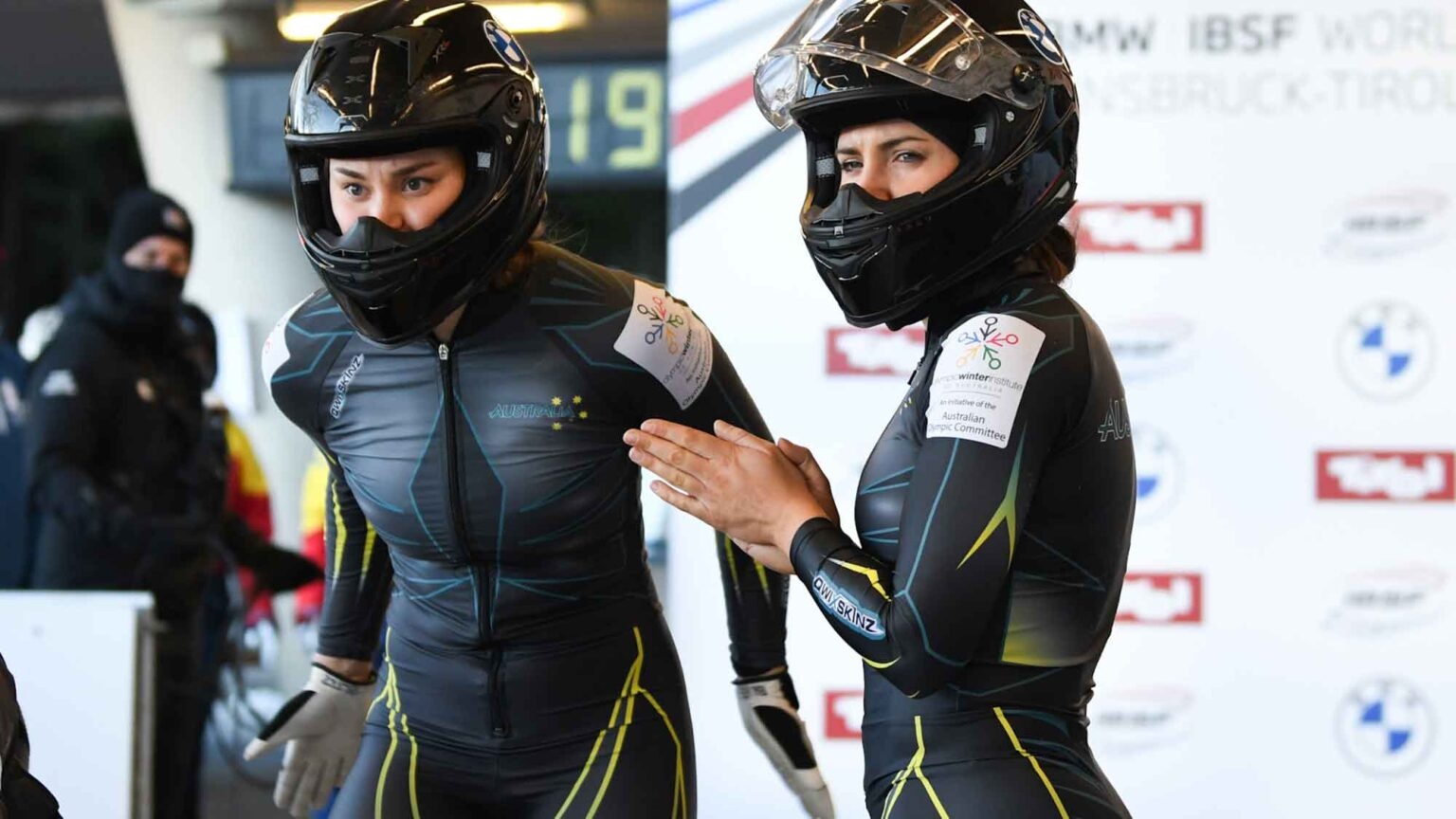 The Australian Olympic team is starting to take shape for the Beijing 2022. As sporting teams are announced, it was noteworthy that the selection of the Australian bobsled team was delayed.

To start, the background is the process for Olympic selection begins with quota spots allocated by the International Olypic Committee. These quota spots are managed by each sport, and in this case, the international Bobsled Skeleton Federation (IBSF).

The Australian bobsled team was expected to be announced Friday, with one women's monobob sled and one women's two-woman sled, but it will now be delayed, likely until Monday, so that an appeal can be heard.

Bree Walker was the favourite to be named, after her performances in the monobob at World Cup level this season have her as a genuine medal prospect in that event. Walker is ranked fifth in the world in the women's monobob

The twist was pointed out by Tia-Claire Toomey, who has been working with Ashleigh Werner, Australia's other boblsed pilot, this season.

"Yesterday the UBSF announced the qualified quota spots for the nations around the world and ... WE DID IT," Toomey said in the post.

"Ash and I qualified Australia for a spot at the 2022 Beijing Winter Olympics."

Toomey's post reflected the surprise that everyone had, that Werner and Toomey had been listed by the IBSF as the qualifier for Australia's quota spot. They were ranked eighteenth on the two woman rankings, and eighteenth on the quota rankings, whereas Walker was 18 points behind.

The reason it was a surprise to some was that the quota spots are based on rankings for the two woman rankings, where Werner is slightly ahead of Walker.

The Bobsled and Skeleton Australia (BSA) criteria for nomination for the Olympic team are slightly different.

They mandate that the highest ranked athlete on combined scores (monobob and two woman sleds) is selected for the Australian Olympic Team.

Walker, as a result of her prolific monobob season, is the higher ranked combined athlete.

And so creates the situation.

The cruelty of how close the situation is was magnified by the circumstances of last week's final World Cup in St Moritz.

The Australians were almost in a position to secure two quota spots, had Walker done well in the two-woman event and Werner aced the monobob.

Werner though, tested positive for Covid-19 in the leadup to St Moritz, and was unable to compete. It meant that she was unable to improve her monbob ranking, and the Australians were not able to secure a second spot.

And so, despite Toomey's post, and the acknowledgement of her and Werner's season by IBSF, they may be forced to watch on from afar as Walker and her brakewoman, Kiara Reddingius compete.

Its understood that neither of Bobsleigh and Skeleton Australia and the Australian Olympic Committee have finalised the team, which is why the announcement has been delayed.

Any appeal on the nomination or selection will be heard by the Court of Arbitration for Sport.