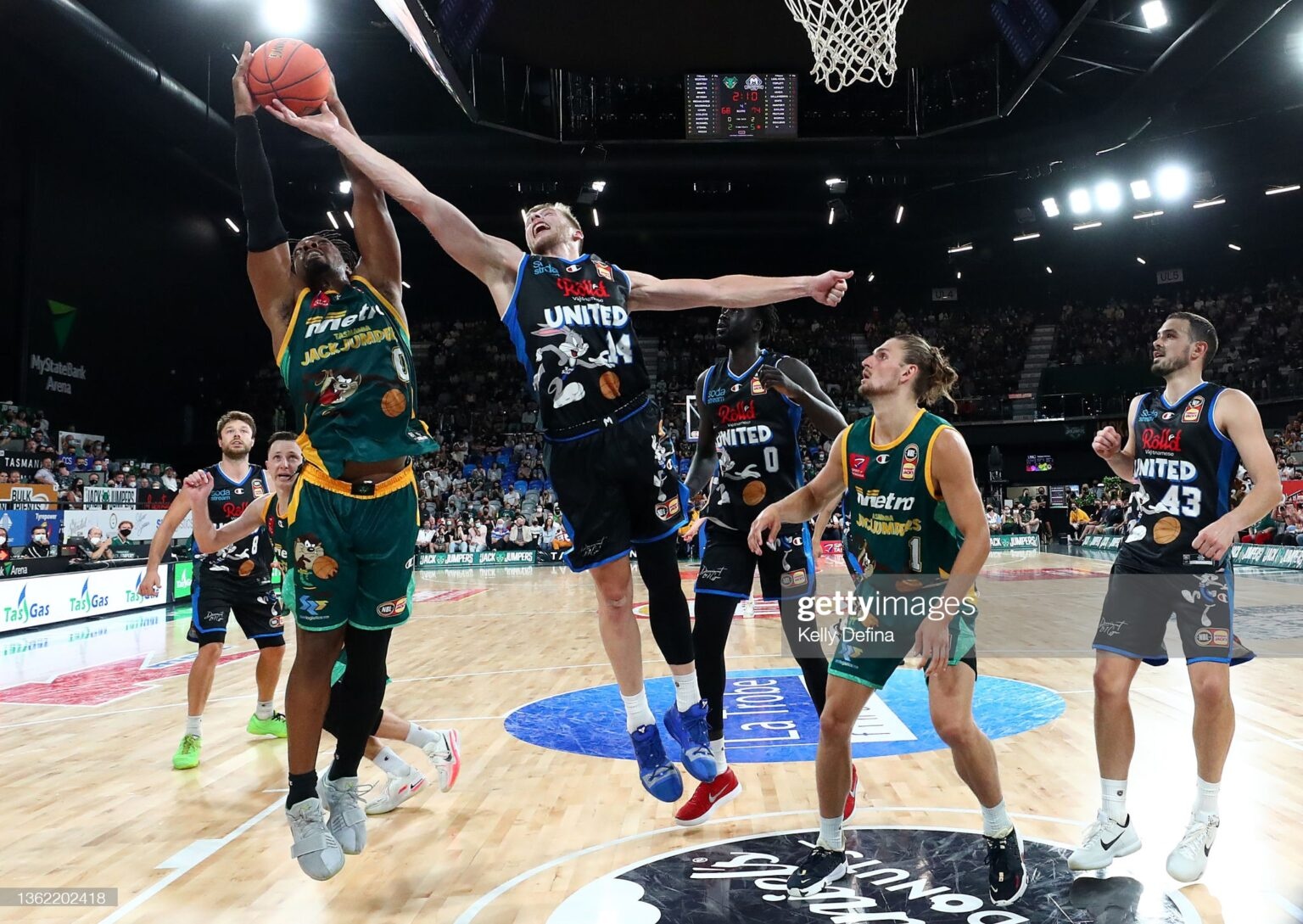 As the NBL season continues, and looks to resume after a Covid-19 interruption, catch up on how all the teams are tracking so far this season.

As the NBL season continues, and looks to resume after a Covid-19 interruption, catch up on how all the teams are tracking so far this season.

After Round 5 of the NBL season, the cream is starting to rise to the top. TheEdge of the Crowdtakes a look at how every team has performed so far this season.

The Wildcats are out to a flyer in Season 2021-22. Perth currently have the best record in the league sitting 5-1. The Wildcats offence is led by Bryce Cotton, averaging 24.5 PPG, a league-wide high. Cotton is also known for being a pest on the defensive end, averaging 2.33 SPG.

New to the Wildcats for the 2021-22 season is former Brisbane Bullet, Victor Law. Law put up 37 points in his first outing for Perth in an 85-73 win against the 36ers. It is the most points scored in a debut for the Wildcats.

After bowing out in straight sets in last year's finals series, Perth have come out of the gates quickly in a revenge season. Look for Cotton and Law to continue to lead the way on the offensive end for the Wildcats.

South East Melbourne are looking dangerous early into the season. The team headlined by Mitch Creek and Chinese recruit Zhou Qi have only played four games due to COVID related disruptions, yet sit 2nd on the ladder.

The Phoenix’s Mitch Creek made global headlines in December after putting NBA champion and now Melbourne United recruit, Matthew Dellavedova on a posterizing dunk. Social media went into a firestorm after a scrap broke out under the ring following the phenomenal dunk.

Prized import player, Devin Thomas had his contract terminated following “breaches of contract”. Thomas did not play an NBL game for the Phoenix.

Ryan Broekhoff has started slow for the Phoenix, averaging 8.0 PPG in 26.9 MPG although look for him to become a 3pt weapon as the season continues.

Illawarra is in a comfortable position. The Hawks currently sit 3rd on the NBL ladder but have only played 4 games due to COVID disruptions.

Led by Boomers coach, Brian Goorijan the Wollongong based team is thriving with an offence led by fellow Boomer, Duop Reath. Averaging 20.25 PPG and 9 RPG, Reath is playing in his first season in the NBL.

Tyler Harvey is another Hawk to start strong. Harvey is averaging 15.75 PPG in 36.84 MPG in his second season with the Hawks.

The Hawks last game was on December 19th, in which they lost against Brisbane, 96-92.

Illawarra should return on the 9th of January against South East Melbourne. Expect Duop Reath and NBL Next Stars player, Justinian Jessup, to play heavy minutes.

It was a disappointing start to the season for the defending champions in Melbourne United losing its first two matches against Sydney Kings and cross-town rivals in the South East Melbourne Phoenix.

Things started to turn around from there with captain Chris Goulding returning from injury in Round 3. United went on to produce a dominant performance over the Sydney Kings.

After receiving plenty of criticism on the side's slow starts they jumped out of the blocks early,  to break the record for the biggest quarter time lead in the NBL with a lead of 29 points.  United ended up winning the match by 42 points, sending a message to the rest of the competition.

United have gone on to win their following five matches with the latest being a historic win against the JackJumpers on New Year's Day, having been the first away team to win an NBL match on New Year's Day.

The Cairns Taipans have played the slowest pace this year, with the lowest points for and against. Their method has had mixed success, with two wins and two losses from their four games so far.

In Adam Forde’s first season as coach, he has set the Taipans up to improve, after a disappointing 9th placed finish last season, finishing 8-28.

The besty performance of the season so far was a blowout win over the Adelaide 36ers, 93-67, as Tahjere McCall starred, almost reaching a double-double with 13 points and nine assists. McCall stepped into the void left by missing star Scott Machado, who has suffered an injury that has now kept him off the court for several weeks.

Now the Taipans have returned from their Covid-enforced layoff, they will be hoping to have Machado back on court, and complemented by McCall and Majok Deng, who starred in his absence.

The Brisbane Bullets have only played four games, after a Covid-19 outbreak forced the postponement of multiple games.

The highlight of the Bullets’ season so far was a double-overtime victory over the Perth Wildcats 97-94. In breaking a four-year hoodoo at RAC Arena, the Bullets overcame former player Victor Law, who had 29 points against his old team.

It was James Duncan’s first NBL win, and it came in style, as Robert Franks and Nathan Sobey starred. Franks, who played on short term contracts in the NBA has been a revelation for the Bullets, as he has averaged 21 points and almost 10 rebounds to lead the team in both categories.

Sobey, who starred for the Australian Boomers at Tokyo 2020, as they won bronze, has picked up from there to be averaging almost 17 points per game, and leading the team in assists at 4.5 per game.

The Sydney Kings have fought hard to be at an even ledger heading into Round 6. Having already played six matches, the Kings have played as many games as any team, and have shown plenty.

Despite being 3-3, the Kings have a point differential of -36, largely due to a 42 point shellacking by Melbourne United in Round 3.

The Kings have also struggled with injuries, with RJ Hunter and Makur Maker both missing extended periods. Hunter is facing the consequences of an interrupted preseason, while Maker has been sidelined with bone stress in his ankle.

Forward Jarell Martin has been one of the most consistent performers for the Kings in his second season with the team, averaging 14.17 points per game and 8.67 rebounds. The Kings will be hoping for better health across the team for the rest of the competition.

With new coach CJ Bruton at the helm, the Adelaide 36ers have some work to do in the new year, as the side sits 2-3 at the end of Round 6.

While they didn’t start the season too positively, the 36ers found their groove in Round 2 with two wins.

It started with a three point thriller against the JackJumpers, where the 36ers, who controlled much of the match, held on as the JackJumpers made a late run of shots.

After a slow start, 36ers’ new recruit Dusty Hannahs is finding his place in Adelaide’s line-up and in the NBL, averaging 15 points.

Adelaide’s success continued with a dominant 13 point win over New Zealand, however, things took another turn in Round 3 with a disappointing 26 point loss to Cairns, away. The side has not played since, after a positive COVID case among the team.

Rescheduled clashes with the Wildcats and Phoenix in January will be important to Adelaide getting back on the winners list in 2022.

The JackJumpers first season in the NBL has been good so far, although only winning two games so far they’ve taken it up to some of the best in the competition, coming within three points of the Adelaide 36ers and within four points of Melbourne United.

Although the JackJumpers didn’t have to wait long to get their inaugural win, beating the Brisbane Bullets on home soil by nine points in what was a thrilling match.

The match went into overtime as Bullets player Nathan Sobey sunk a three point shot will only 5.9 seconds to go.

The side's second win came on Boxing Day against the winless New Zealand Breakers, winning 84-75 in front of the Tasmanian faithful.

It’s been a disappointing season for the New Zealand Breakers so far as the side is still in search of its first win of the season after six matches.

In some matches, the Breakers have been close in parts of matches before letting the games go, with the clash against Melbourne United at John Cain Arena a prime example. Having only trailed 31-34 at the main break, while winning the second quarter 13-17.

By full time, the Breakers had the game blown out to a 23-point margin losing the final quarter 31-17.

The Breakers' best performance so far this season was the game against the Hawks, with the game even for the majority of the game, going into double overtime. Unfortunately, the Breakers couldn’t hold on as the Hawks claimed the win by one point.