The first Goal! film pre-empted the mess of the full trilogy

Starting strong with the first of a trilogy in 2005, Goal! The Dream Begins was messy, a trait that carried into the sequels, as discussed on this week's episode of Goals on Film. 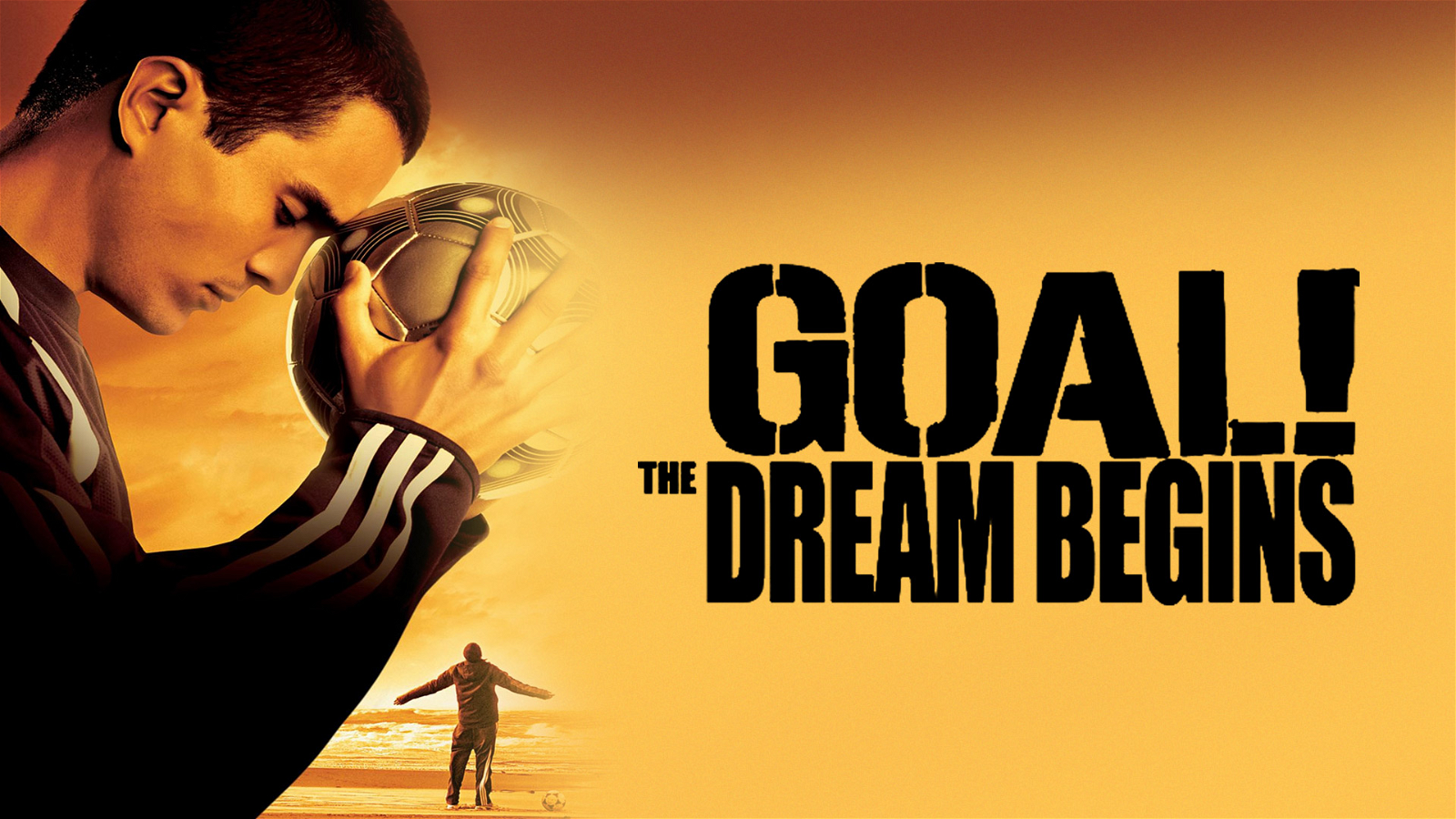 In 2005, drama Goal! The Dream Begins was the first in what would become a trilogy of films about Santiago Munez's rise to play professional football, but it also laid the foundation of a film series that was messy and unrealistic, as Jason, Stuey, and Kieran discussed on this week's episode of Goals on Film.

The first film in the Goal! franchise is considered a cult film, and one that football fans continue to watch and laud as one of the best football films that currently exist. However, the story of Santiago Nunez is one that's also flawed, which begins in the first offering before the follow-up films are impacted by what already weighs it down.

The story is enough of a fresh look at a sports film, but it's execution is what sees the film lack in that department, among other factors. With so much commentary around sequels rarely as good as the originals, it could be true for this particular franchise - which, is saying something.

For a film that was partially funded and backed by the sport's world governing body, FIFA, and had the license to use real English Premier League (EPL) teams, players, and stadiums, all this combined still saw the film lack in the storytelling department and its execution. It didn't exactly achieve what FIFA probably wanted in a film.

A lot of that is down to the acting, with Kuno Becker, a 27-year-old at the time in just his fifth feature film - and second English-language film - still young and fresh in his foray into acting. Much of the complaints of Becker however are to do with not accurately portraying a football player. And here lies another issue with the film.

Becker, and similarly his on-screen counterpart, Alessandro Nivola in the role of Gavin Harris, aren't footballers. And this was exceptionally apparent in their playing ability, but also the way the film depicted the sport on the screen. Despite the film being shot at various EPL matches and including real football players from Newcastle United and other well-known players around the world, you could tell Becker and Nivola were nowhere near accurate in their portrayals.

It is because of that reason that Goal! had to film actual play from real EPL matches, but viewers were also able to tell that the football in the film, in many occasions, weren't the actors themselves. The final free kick from Santiago - while weird in itself - was actually taken from French free-kick specialist and then-current Newcastle winger Laurent Robert, with footage used from a 1-0 win against Liverpool in the final match of the 2005 EPL season.

Leading on from this, it was hard to know throughout the course of the film and its football scenes, especially involving Santiago, just where he was on the pitch. The cuts between a more wider camera angle and the close-ups of his feet controlling or kicking the ball, making it more obvious it likely wasn't Becker at all.

This use of varying camera angles and styles of filming the sport across the pitch made it hard to keep track of where Santiago was on the field and what was taking place. The film could've benefited from more of a FIFA video game-style camera angle, looking down at the field and following the action, and Santiago. It would've been fine. But alas, it looks like Becker and Nivola especially are playing in front of a green screen. They also don't look like real football players despite training with a university team in the lead-up to shooting the movie.

It was stuff like this that contributed to the mess of the film, despite it being filmed at real games. Players were real on the pitch, but also, weren't the real players in the race before games. Real players are mentioned and seen in various points in the movie, but when it comes to game scenes, are rarely closely seen, just spoken about. And, coming back to that final free kick, at the time, no one but Andy Shearer would take that kick. He'd be livid giving it up to a second-gamer, Munez, just as much as a three-game pick-up player in Harris.

Coming back to the FIFA aspect, a series that had been released for 10 years prior to the release of the film, Goal! does play out like the story or career mode in the game. It remains to be known whether the video game series followed the plot of the film in the additional modes, or if Goal! saw the content of the games and implemented a likeness.

The first "career mode" in a FIFA game appeared to have come to light in the 2005 version of the game, with a "manager mode" on previous releases. FIFA 17 was the first title in the franchise to include a "story mode" titled 'The Journey'. And didn't Santiago Munez go through a journey in Goal!, the film, but also the franchise.

It almost seemed a bit much for Santiago to go through in the movie though, with different things thrown at him in a short space of time. The things that happened to Santiago might happen to elite footballers though, such as getting caught in scandals was a result of nights clubbing, and getting short of breath as a result of a teammate stepping on his inhaler.

But it was a lot to happen to one player, making it unrealistic and unnatural. You can't buy it at the best of times. It doesn't even feel soap operaish or sitcomish. It's just throwing stuff at the wall and seeing what fits.

The original idea for the film even differed from what was ultimately produced, with the original director Michael Winterbottom and his crew fired for wanting to create it more of a drama documentary, away from the straight drama. After two days of filming, his ideas were shot down by the producers. Dick Clement and Ian la Frenais were brought in to write a new script and Danny Cannon became the film's director, therefore, creating the product that we know and watch today.

The unrealistic and messy final version of Goal!, and the two films that followed. Especially when Santiago appears briefly for five minutes in the third film, but it's not even clear he's not the focus. This film starts the process of everything like it.

For more on this discussion and other talking points on 2012 Australian cricket comedy, Save Your Legs!, including a look at how the film depicts the sub-continent, Sachin Tendulkar's influence on Indian and world cricket, and the cast, listen to Goals on Film on Spotify and Apple Podcasts.

For all the other shows on Edge of the Crowd’s podcast network including The Top Edge Cricket Podcast, you can visit here.