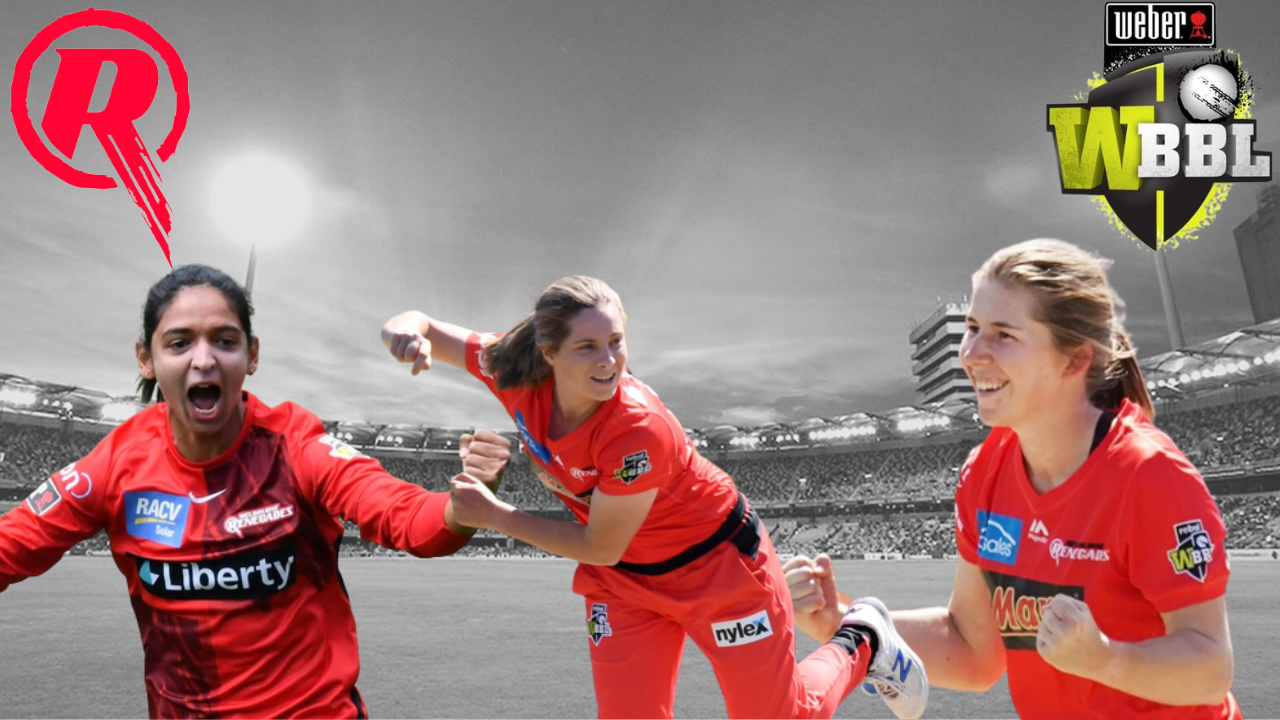 Melbourne Renegades WBBL|08 Preview: Can they surprise the competition?

After a best-placed finish in WBBL|07, and making The Challenger Final, the Melbourne Renegades are well poised to make a run for a maiden title once again in WBBL|08.

Melbourne Renegades WBBL|08 Preview: Can they surprise the competition?

After a best-placed finish in WBBL|07, and making The Challenger Final, the Melbourne Renegades are well poised to make a run for a maiden title once again in WBBL|08.

The Melbourne Renegades were a surprise packet in WBBL|07, finishing in second place - their best finish in franchise history - and automatically qualifying for The Challenger Final. They were however beaten by eventual runners-up, the Adelaide Strikers by nine wickets, after being consigned to just 83 runs in their batting innings.

In the off-season, looking towards WBBL|08, the Renegades brought in some talent from fellow WBBL teams to bolster their batting and bowling stocks. There are however some unfortunate omissions from the squad for WBBL|08, with Jess Duffin out as a result of the AFLW season beginning earlier than normal, and Tayla Vlaeminck and Georgia Wareham unavailable through injury.

The Renegades didn't play any games in Victoria throughout WBBL|07, however, still finished the season in second place to qualify for finals. The season started well with a win against Hobart, before a loss to Adelaide.

From there, Melbourne won seven of their next eight resulted games to catapult into finals calculations. The side though suffered two heavy defeats in the final two games of the season, which continued with the result in The Challenger.

When the Renegades lost, they were big margins, with three losses of 40+ runs (Perth, Hobart, and Brisbane), and two losses (both to Adelaide, including The Challenger) by eight and nine wickets, respectively.

Indian all-rounder Harmanpreet Kaur was the WBBL's Player of the Tournament last season - and the Renegades' MVP. Across the entire tournament (including finals), Kaur hit 408 runs at an average of 58.0 and took 15 wickets at an average of 20.86 to lead the Renegades in both batting and bowling through WBBL|07. Head coach Simon Helmot was also selected for the Team of the Tournament.

When batting second, the Renegades have struggled, which was especially evident in their final two regular matches of WBBL|07 posting scores of 109 and 113, chasing totals of 161 and 156, respectively. In WBBL|07, there appeared to be a reliance on the top order especially, however, when the middle and bottom order of the lineup needed to perform, they were largely unable to.

A more rounded and complete lineup of batting ability and confidence could see the Renegades be more competitive in chasing down an opponent's total and strengthen their own game with the bat.

The Renegades are strongest when they can set the tone for the match early, batting first, and getting the top of the order out to the crease at the beginning, to create a huge change to gain some ascendency in the game.

When the Renegades batted first in WBBL|07 - which happened on five occasions -, it resulted in four wins. However, the team's ability to get into a commanding position to post a large score for their opponents to chase was the reason behind gaining crucial victories. In the four wins where the Renegades batted first, they posted totals of 5/142, 7/142, 4/207, and 4/175.

The top-order talent of Molineux and Kaur should hold the Renegades in good stead in WBBL|08, even with the loss of opening batter Rodrigues to the Stars. If one or two of the top four batters remain after the halfway mark of the game, the side may even use their Power Surge early.

The Renegades might be on the back foot early in the season, due to the losses of Kaur for the first couple of matches as she captains India in the Asia Cup Final, and Cricket Australia-contracted bowlers Vlaeminck and Wareham, out with injuries that could seem them both miss the entire season.

Losing quality performers with both bat and ball, the Renegades may struggle to cover the talent that each of those three players brings. The team may rely on Molineux at the top of the order mostly, while in the bowling department, the local talent of Hayward, Falconer, and Leeson will need to take their games to the next level.

Eve Jones re-joins the Renegades as cover for Kaur, and was the side's third-highest run-scorer in WBBL|07, and is capable of posting a big score. The Renegades' bowling additions of Coyte (who took 16 wickets at the Heat last season) and Ismail (South Africa's all-time leading T20I wicket-taker with 115 wickets) however will be required to lead the attack with their pace, albeit while learning the ropes in a new side.

Courtney Webb looks set to take her game to a new level in WBBL|08. Webb, while playing 49 games in the WBBL so far, scored 144 runs at an average of 14.40 last season, but has displayed an intent to be a more hard-hitting top-order batter this season who can contribute with the ball, evidenced by her form in the WNCL.

In the 2021/22 WNCL season, the left-hander was the competition's leading run-scorer with 367 runs at an average of 45.87, with four half-centuries, including a top score of 88 in the final loss to Tasmania. The 22-year-old received the McCauley Medal, adding to her Karen Rolton Medal achievement in the past season as well.

The Renegades have added greater amounts of firepower to compliment a lineup that is already capable, and have shown, they can be at the top of the table. The side won't be flying under the radar anymore in WBBL|08, with other teams taking notice, so it'll be up to Helmot and Molineux to work out how to get the best out of their team and challenge for their maiden WBBL title.