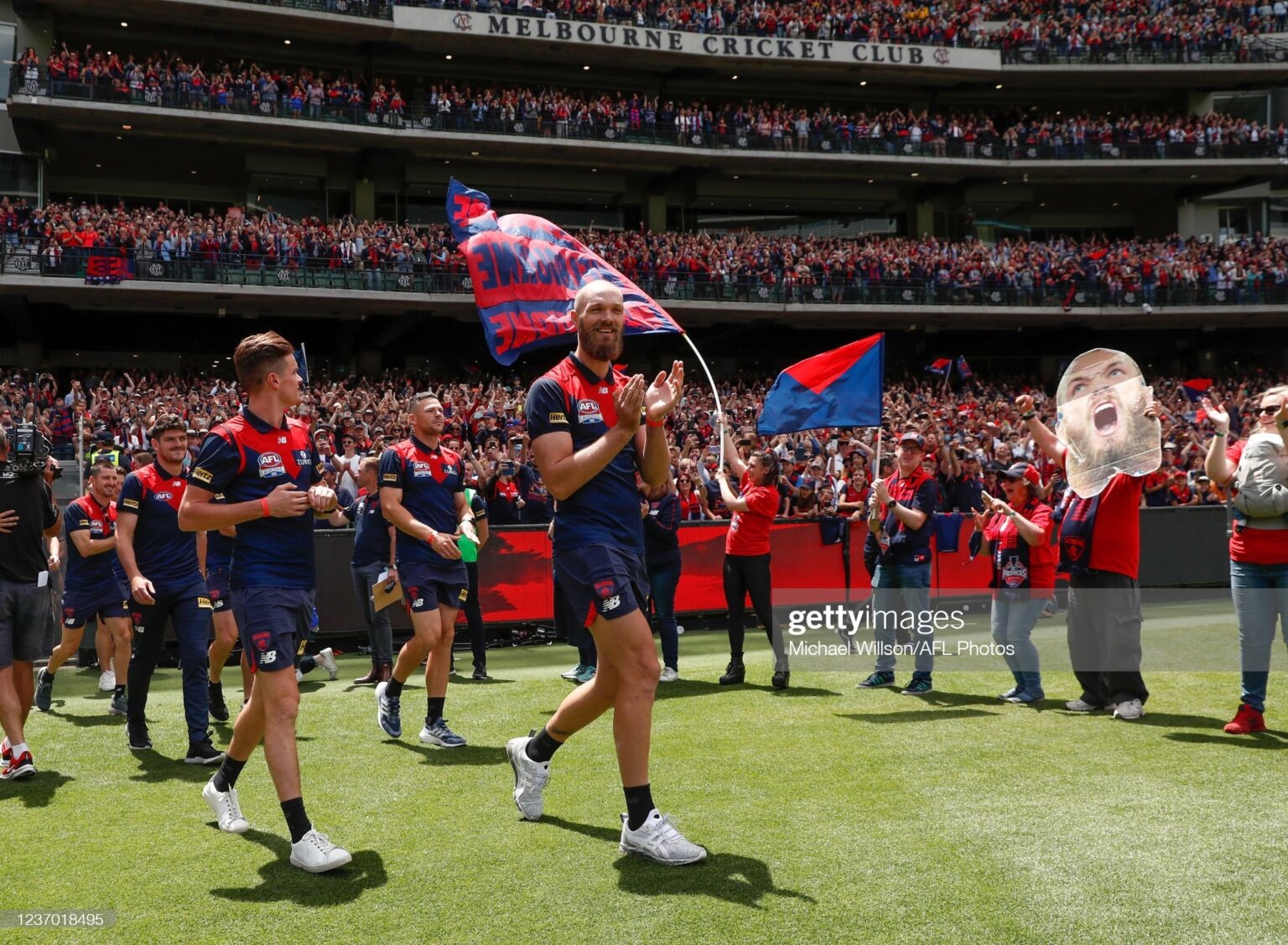 After winning their first premiership in 57 years, the Demons will be trying to avoid the premiership hangover this season with the majority of their list coming back for another shot at the top spot.

The Demons were head and shoulders above the rest throughout the whole year in 2021, finishing on top of the ladder after coming back from a big deficit against Geelong in the final round to claim the minor premiership heading into the finals.

September proved even further how superior they were, winning all of their three games comfortably by at least 30 points each, including a 74-point blowout in the Grand Final over the Bulldogs.

In the two preseason games they’ve played this year, Melbourne has looked relatively convincing despite just losing to Carlton in their second game. They easily put down last year’s wooden-spooners, North Melbourne, and only lost to the newly-coached Blues by a goal after trailing by as much as 45 points – proving they still contain their fighting spirit.

If Melbourne can replicate how they played last year they shouldn’t have to improve on much to go all the way again.

With stars through every line, including five all Australian players and Simon Goodwin as the All-Australian coach, Melbourne is extremely solid all over the ground, especially in their defensive end and the midfield.

Melbourne took a while to work out who to play as their key tall forwards until finally opting to stick with Ben Brown and Tom McDonald, who played their role well despite both being unwanted at the end of the season prior.

If these two can continue their form, along with star smaller forwards Bailey Fritsch and Kysaiah Pickett, Melbourne’s slightly weaker side of the ground should be able to hit the scoreboard still.

Melbourne’s premiership season was somewhat unexpected heading into the first round. After a run to the preliminary final in 2018, the club fell hard to the bottom of the league the following year, finishing 17thbefore a semi-respectable ninth finish in 2020.

With new elite assistant coaches, the Demon’s perfected their game plan, stemming from their defence, and were able to go undefeated until round 10, where their run came to an end surprisingly to Adelaide, losing by one point after a late go-ahead goal from Taylor Walker.

Melbourne’s other struggles throughout the home and away season seemed to generally come against the teams they were expected to run over, losing two more games to GWS and Collingwood, and drawing against Hawthorn. The only true premiership contender they lost to was the Bulldogs in round 19.

Melbourne's midfield is one of the best in the business, led by their All-Australian skipper Max Gawn who perfectly hits his guns Christian Petracca, Clayton Oliver and Jack Viney constantly. They also have plenty of depth in this line, with a lot of other names rotating through when needed, even furthermore now with the Luke Dunstan addition.

The Demon's defence is also top-notch, with Steven May and Jake Lever being the kings of intercepts, and Christian Salem playing the run-off flank role to set up players up the ground.

Not only is the team star-studded, but they're also very young and have a presumably long premiership window ahead, with an average age of 24.5 years as of December 2021.

Not experiencing many key injuries and remaining one of the healthiest sides in the league last year played a big part in the club’s premiership run. With their highly respected fitness coach Darren Burgess departing to the Crows this year, hopefully, most of their premiership list can still avoid the sidelines.

Staying focused against weaker sides is something the Demons will have to improve on this year in order to guarantee a top-four spot and their best shot at going back to back. After losing to Carlton in their preseason game and only seeming to switch on later in the game, the team may still have these lapses in them.

Luke Jackson was elite for Melbourne last season and is just one of the club's many talented young guns.

Jackson put in the hard work in the 2021 preseason and transformed from boy to man. He put on seven kilograms in their nine weeks of training and has put even more weight on heading into this season to allow him to compete with the best ruckman in the competition.

With a background in basketball, Jackson is agile for a big man and played a key role in Melbourne's third-quarter run over in last year's Grand Final. Being only 20, he will play a key role in the club's future once Max Gawn retires.

Jackson has been awarded a rising star nominee in each of the last two seasons.

If Melbourne can avoid the dreaded premiership hangover they should find themselves as clear contenders again this year, with stars all across the ground.

Knowing what they're capable of now should maintain the confidence they displayed last year, and remaining healthy will be key in going back to back. Demon fans should expect a top-four finish.