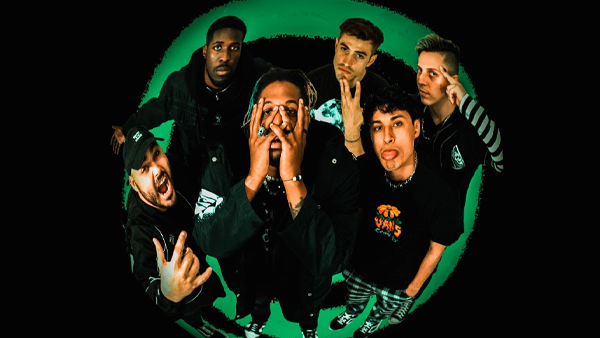 Tokyomarks the Florida-based alternative rockers' fourth release of 2022 afterI'll Give You The Stars,Storm Clouds, andDeja Vu, as well as featuring on 408'sMark Hoppus.

The band hopes listeners “immerse themselves in the dystopian love of Tokyo”, as the single is completed with trap bass and a nostalgic horn section to heighten the dreamy soundscape. The tones are also captured through the accompanying sci-fi style music video, directed by Orie McGinness, with the group performing in an abandoned industrial city.

Magnolia Park, while rooted in pop-punk sensibilities, keeps true to individual styles, incorporating elements of hip-hop, emo and alternative pop into its music.

Tokyowas produced by Andrew Wade (A Day To Remember), and Matt Malpass (Blink-182, Travis Barker, MGK) who worked on the track, with mixing by Alex Ghenea (blackbear, Ariana Grande) in a mash-up of this generation's pop-punk talent.

Magnolia Park has always been on a mission, since the band first formed, to inventively fuse genres while increasing inclusivity in the punk world, dedicated to spreading the message of #PopPunkInColour to ensure the genre is one where people of all backgrounds are represented on and off the stage.