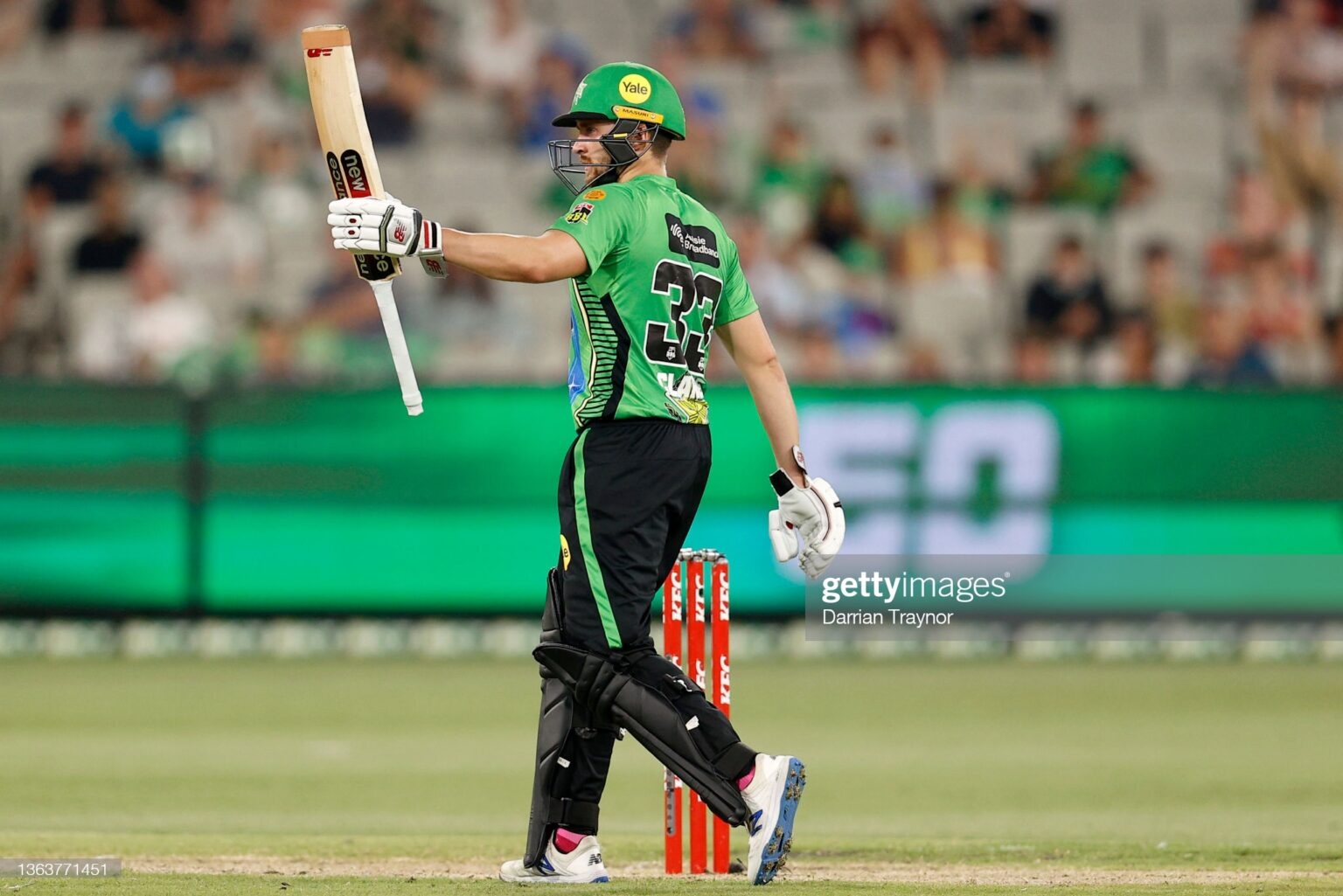 Joe Clarke had a day out for the Melbourne Stars smashing his way to 83 from 58 balls to secure the Stars their fourth win of the season.

He hit his fourth half-century in a row, a record that only Usman Khawaja has beaten in the past when he hit five in a row during BBL03. It set up the innings for the Stars, but their good work was done at the start of the match.

Joe Clarke commented on how big this win is for the Melbourne Stars.

"I’m sure everyone associated with the Melbourne Stars are really proud, most of the lads have just come out of isolation and some of the boys were sick.”

First-time captain Adam Zampa won the toss and opted to bowl first. It wasn’t a surprise with the first match of the day showing just how slow the pitch was with Nathan McAndrew’s slower balls digging into the pitch.

The Strikers openers got off to a steady start pushing 21 from three overs, Henry Hunt was then the man out getting stuck on the crease and adjudged LBW. It was pretty clear that it was not out but with no DRS in the BBL Hunt had to walk.

Things didn’t get much better for the Strikers with Matt Short hitting one to short cover to make the score 2/29. Wickets were a consistent theme of the Strikers innings with Jon Wells offering the only resistance.

Wells pushed the ball all around the ground including making good use of his ramp shot to make a fine 68. The problem was that Wells was far too slow, although you can’t really blame him with so many wickets falling around him. The Strikers were well short of a par score, their 139 was at least 20 behind where they needed to be.

It was shown in the earlier match of this doubleheader that a 140 score would be about, but it was clear that the Strikers clack the batting depth needed in this competition. The finals hopes are probably gone for the Strikers, even if Travis Head and Alex Carey were to magically reappear in the line-up finals would still be impossible.

The Stars bowling attack did really well to keep the Strikers to a low score, their lines were accurate, and their lengths were impeccable on what is a slow and low pitch. On a pitch that was helpful for the spinners, the combination of Qaid Ahmed, Adam Zampa, and Clint Hinchliffe bowled the house down for a combine 12 overs 5/66.

Today though was the Stars show, their start wasn’t the greatest but there was never really a doubt about the win. Clarke started slowly along with Hinchliffe who struck only two before being trapped LBW by Harry Conway.

It wasn’t the perfect preparation for the Stars who have been largely in isolation for the last week, this is a challenge Joe Clarke commented on.

“Not the ideal prep to come and compete in a high-end intense game of cricket, there has been a lot of shadow batting in the room, I was going a bit mad.”

More quick wickets fell around Clarke Larkin was stumped down the legside before Joe Burns hit one down the throat of deep backward square off the bowling of Rashid Khan. Interestingly it was the first wicket that Rashid Khan had taken at the MCG with the spin genius never having played at the ground before.

A 40-run partnership was put together between the big-hitting Hilton Cartwright and Joe Clarke which took the game away from the Strikers for a time. The Stars also managed to pick up the Bash Boost point with Clarke hitting a down the ground six to secure that all-important point.

The only point in the match where things looked tight was during the power surge where the Stars hit only nine from the 12 balls. Most importantly though Joe Clarke survived and was able to take full advantage post power surge.

The ball was flying to all parts as Clarke went over the rope four times and into the fence three times to essentially secure the win. Things got tight in the last two overs, but a Peter Siddle waist-high full toss allowed the pressure to come off the Stars. Clarke though was dismissed later in the over when smashed one straight down the ground to long-on.

Clarke spoke on what has made his last five matches so good.

“I got a 50 at Hobart, I wasn’t happy with it and should’ve gone on longer and won the game. It gave me confidence that I could do the job that I’m over here to do, full credit goes to the staff for getting prep done and giving us the confidence to win.”

While it was an important wicket the match was largely over with only seven required from the last six balls. Qais Ahmed smashed a six off the first ball before Matt Short bowled one down the legside to gift the Stars a win.

The Stars now move into seventh on the ladder only one point behind the finals with an extra game in hand. With so many good players still to come back the Stars may still put on a late run towards the top five.