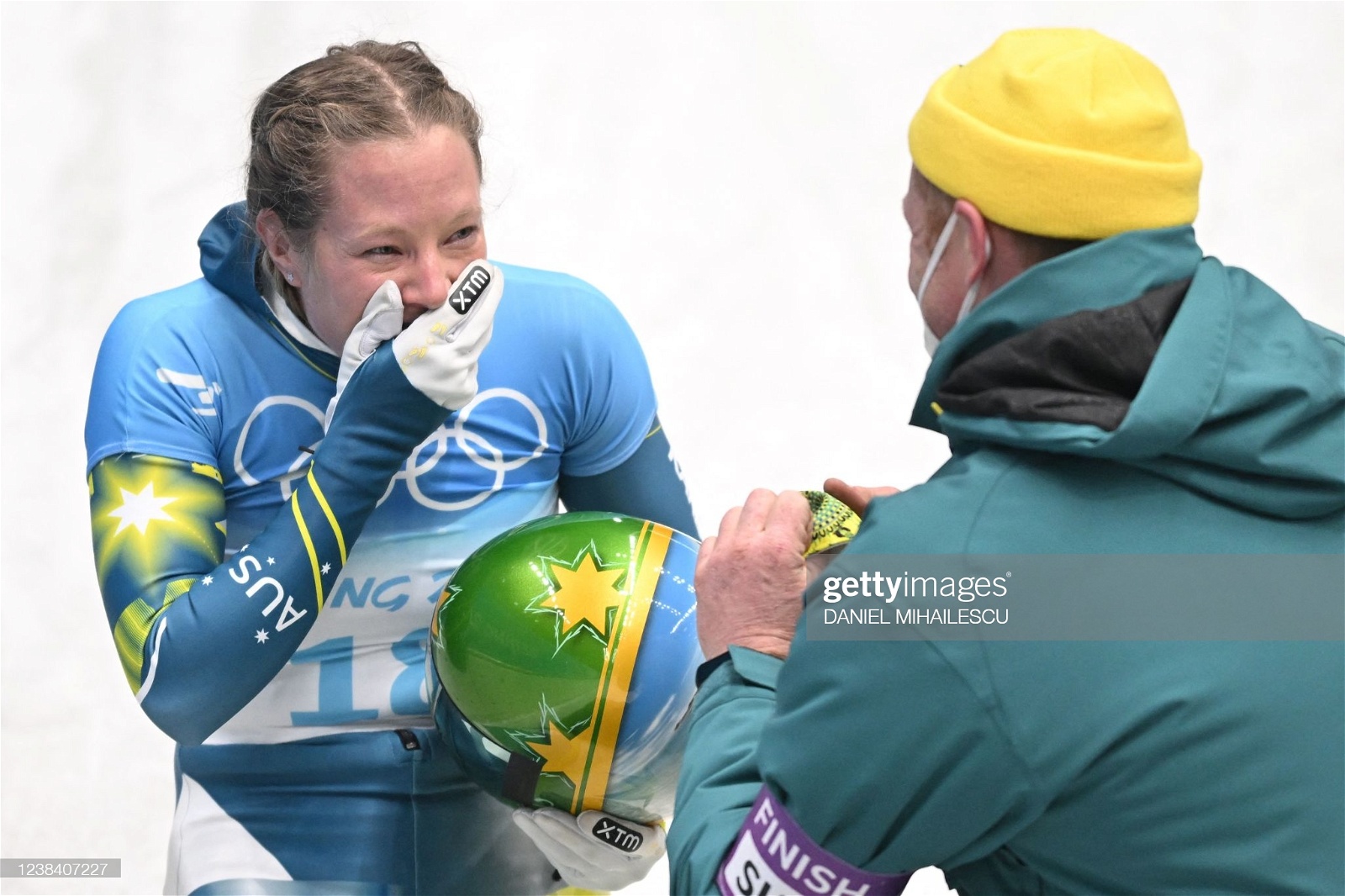 Heading into the games Aussie Jacyln Narracott grabbed the world of Skeleton's attention when she won the final World Cup event of the season but in Beijing she introduced herself to the world winning Australia's first medal in a sliding event, claiming silver after four consistent runs.

Beijing 2022 is Narracott's second Olympics however, it is the first time she has made the top 10 let alone come close to a podium with her previous best finish coming in 2018 in 16th.

It took four runs to get on the podium, starting on day seven with Narracott finishing second in the first heat 0.02 seconds off the track record with a time of 1:02.05.

After her second run, a country that never considered a sliding medal possible dared to dream with Narracott sitting in the gold medal position at the halfway point 0.21 seconds ahead of Hannah Neise with a combined time of 2:04.34.

Everyone had to wait an additional 30 hours to see her in action again, with the third and fourth runs coming late on day eight.

Because she was in first, the 31-year-old was the first cab off the rank in the third heat and she went down the track at a blistering pace becoming the first women's skeleton athlete to record a time sub 1:02, coming in at 1:01.79.

Neise beat that time moments later coming down in 1:01.44, the fastest time of the event and overtook Narracott by 0.14 seconds. However, no one else was able to overtake the pair and the Australian was set as the penultimate rider in the final run.

Rankings shifted in the final run with the Netherlands' Kimberly Bos guaranteeing herself a podium finish coming in with a total time of 4:08.46.

To guarantee herself a medal the Brisbane native had to finish with a time no slower than 1:02.60, and just that she did, sitting ahead of Bos at every interval to finish in 1:02.11 for a final time of 4:08.24. At that point, the silver was secured and she'd had to wait at the bottom of the track to see if gold was a possibility.

However, Neise put in an incredible final run coming in at 1:01.63 to win gold by 0.62, Germany's first-ever Olympic gold medal in the Women's Skeleton and the sixth sliding sport gold medal of Beijing 2022.

Additionally, Bos is the third Dutchwoman to win a medal at the Olympics in Skeleton, making it a podium for the history books for all three countries involved.

The medal for Narracott is even more special, with the Queenslander having to train overseas throughout the year due to Australia not having a sliding track to help her train on.

When asked to describe how she was feeling following the medal ceremony the 31-year-old landed on surreal.

"Indescribable, unbelievable, surreal, it's just everything that I've ever dreamt of and [to] actually realise it is gonna take a while to sink it."

She also described what was going through her head at the top of her final run to win an Olympic medal on the line.

"Not a lot, to be honest, I was just trying to stay- remember myself to be smooth, go flowy and have some fun and it was all going to be okay no matter what happened."

Narracott's performance in Beijing has well and truly put sliding sports on the map in Australia and the 31-year-old expressed hope that her achievement would help get more girl into Skeleton and to bring back the Skeleton Program in Australia.

"I would love this to be the catalyst to get more girls into our sport, we used to have a program which is how I got into it.

There's no reason why we can't be competitive every Olympics, every World Cup. We just need the girls who want to do it and hopefully, this will get some more into the sport."