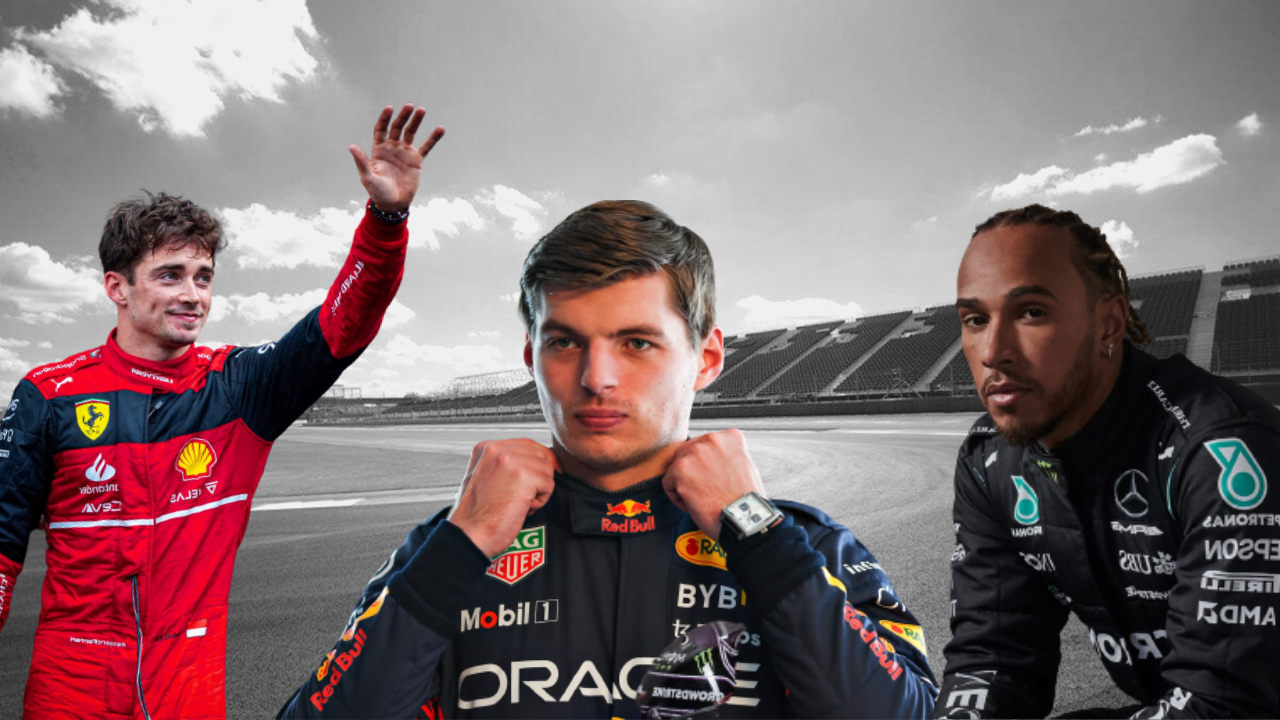 The Italian Grand Prix turned out to be tamer than most years, with the only spot of controversy coming when the race ended under a safety car.

Nine drivers faced grid penalties, but it was no problem for Max Verstappen, who now closes in on two long-standing records.

With just a five-place grid penalty, it seemed like a foregone conclusion that Max Verstappen would win the Italian Grand Prix. Forced back to seventh and on soft compound tyres, it was no surprise that he only took one lap to pick off four drivers and sit in podium position.

From there, it was mostly a battle against Leclerc, much to the Tifosi's chagrin when he hit the front following the decision to pit Leclerc early and stayed ahead for the remainder of the race, his lead only eaten into due to the safety car coming out for the final laps.

Mostly running solo in Monza, George Russell started second on the grid and earned his fourth podium in the past five races. Russell barely put a foot wrong this weekend but lacked the pace of the Ferrari and Red Bull cars.

Starting on pole after a brilliant lap in the third round of qualifying, the hopes of the Tifosi were resting on Charles Leclerc's shoulders, and thankfully for the fans, very little blame could be laid at the feet of the Ferrari strategists as to why Leclerc didn't win.

It wasn't that anything went wrong for the Monaguesque driver; it was simply that Verstappen and Red Bull were better. There will be plenty of what-ifs had Leclerc gotten one lap to take on the Dutchman at the end, but we'll never know.

Starting 18th on the grid, Carlos Sainz put on one of the season's best performances, picking his way through the field until he was battling for a place on the podium.

Capitalising on the temple of speed's DRS zones, Sainz made short work of getting through the DRS train, taking a few extra laps to get up into fourth and had he not had to take extra time with Gasly and Ricciardo, he may have closed in on Russell to nab the final podium spot.

Lewis Hamilton didn't have the same ease as Sainz working his way through the field on race day, but the seven-time World Champion snuck up the grid until he was battling with Norris and Alonso in the middle of the DRS train.

Ultimately Hamilton's battle was with Perez and Norris, and the Mercedes driver certainly emerged the victor, taking fifth and stretching that lead out to four seconds shortly before the safety car came out, not having to worry about a one-lap battle between the three of them.

Facing a 10-place grid penalty and lacking the pace his teammate has in recent weeks, there was every chance things weren't going to go in Sergio Perez's favour on race day.

However, after making his way up into the top 10, Perez slotted easily into the battle for the top five; unfortunately for the Mexican driver coming away, the loser of the three-way duel between himself, Hamilton and Norris.

Starting in third after a successful qualifying back-to-back podiums at Monza weren't out of the question heading into the race for Lando Norris. But that dream swiftly slipped away after he slipped back to seventh off the start, now playing catch up in a fast-developing DRS train.

Maximising the medium compound tyres and finding pace in the middle of the race, the only significant disruption Norris had once he was driving in clean air was a poor pit stop, sending him back behind Ricciardo and Gasly. Still, after picking off the latter, he was the benefactor of team orders and was able to work his way back up through the field on the soft compounds to take on Perez and Hamilton, nailing Perez, Norris was a chance of running down Hamilton if not for the race ending on the safety car.

Another victim of the grid penalties this weekend, Esteban Ocon, drove a relatively quiet race, working his way up from 14th to 11th. The Alpine car didn't seem to have the same punch it has had in recent weeks, and Ocon appeared to lack the pace of his teammate, running behind Zhou for large portions of the race.

Pierre Gasly may have only scored four points in Monza, but it wasn't without effort; caught behind Ricciardo for 45 of the 53 laps, Gasly scarcely had a moment to conserve power as he tried repeatedly to pass the Australian.

Coming into the Italian Grand Prix with pace and looking in better form off the summer break, had Gasly managed to pass Ricciardo without going off in the chicane early in the race, he may have had a different fight on his hands. Still, the Frenchman put in one of the better fights of the day.

With a sixth place start on the grid, Fernando Alonso was in prime position to put on a show on race day, with cars with slower race pace starting ahead of him and a few foes behind that he'd clash with.

However, it was a moderate performance from the Spaniard before he retired the car due to a water pressure issue; frequently on the radio that something wasn't quite right, it was a question of how long he'd last into his battle with Hamilton and when Alonso came into the pits his race was over without a particularly strong fight.

With Alex Albon out due to Appendicitis, it was Dutchman Nyck de Vries' chance to make his Formula One debut, starting the weekend with a practice session in an Aston Martin to getting a spot in the Williams and throwing down the gauntlet that the second Williams seat should be his next year.

Running behind Gasly and Ricciardo for large portions of the race, there was only a brief moment when it looked like the 27-year-old might miss out on points in his debut, however, de Vries manages to outpace the Alfa Romeo of Zhou and earn himself a ninth place finish, becoming 67th driver to score points on debut.

Despite not finishing due to an oil leak, there was very little to fault in Daniel Ricciardo's performance at the Italian Grand Prix; coming in as the defending winner, there was already plenty of talk swirling about the dreaded Monza curse, but before it caught up to him on lap 45, Ricciardo was engaged in one of the more exciting battles of the day.

Starting in fourth, Ricciardo was leading a lengthy DRS train all too soon, holding up the likes of Hamilton and Sainz. Despite lacking the pace, by his own admission, Ricciardo held off Gasly for all but one corner of the 45 laps he saw around the circuit and successfully held the Frenchman up enough that if it weren't for a poor pitstop by the McLaren mechanics, his teammate Lando Norris would have emerged on soft tyres in clear air.

It wasn't the best weekend for Aston Martin and Lance Stroll, failing to get out of the first round of qualifying, but thanks to almost half the grid having penalties was able to start in 12th.

There wasn't much movement from Stroll throughout the race, struggling to break into the points and being forced to quietly retire on lap 39 due to engine issues ending his seven-race steak of finishing 13th or higher.

After three dnfs in a row, all fans hoped from Valtteri Bottas at Monza was that he'd manage to finish the race, and that was exactly what he did. Not having the pace of those that started around him, Bottas quickly dropped back and settled into a battle with Schumacher and Tsunoda just outside the points, assisting his teammate Zhou by forcing Schumacher to focus on defending while his teammate attacked.

Another Aston Martin driver that struggled at the Italian Grand Prix was Sebastian Vettel, who was unable to make it into Q2. The four-time World Champion was clearly unimpressed with the lack of pace, and it wasn't much better on race day, with Vettel unable to make many moves at all before retiring the car on lap ten due to an engine failure.

After a poor performance in qualifying and a hefty grid penalty, things weren't looking great for Mick Schumacher and Haas going into race day, with expectations low due to the car performing better on the high downforce tracks. However, Schumacher impressed,finishingh in 12th and keeping Bottas at bay before the safety car.

Starting ninth on the grid, thanks to making it into Q2 on Saturday, Zhou Guanyu proved why he's the favourite to keep his Alfa Romeo seat for another year.

Taking on fellow rookie de Vries for most of the race, Zhou took a few opportunities to pass the dutchman but could not stay ahead for any meaningful amount of time. However, thanks to Ricciardo's retirement from the race, Zhou could pick up Alfa Romeo's first points since the double points finish at the Canadian Grand Prix.

Kevin Magnussen's 16th place finish and punishing qualifying performance, with multiple lap times being deleted, hit Haas' expectations for the Italian Grand Prix better than his teammates did, with the car struggling to find the pace in the straights of those around him. However, it was clear with Schumacher's performance that there was something in the car that Magnussen failed to take advantage of on race day.

Yuki Tsunoda once again impressed in qualifying in Monza but was unable to convert that performance into a race day performance, shunted to 20th on the grid due to a penalty for exceeding reprimand limits, Tsunoda had plenty of work to do. Once he was left in the dust by fellow back-of-the-grid starters Hamilton and Sainz, it was all the more complex. A large part of Tsunoda's race was fighting with Bottas and Schumacher, and the 22-year-old faced the same struggle his teammate did and was unable to manage an overtake on the pair.

Starting in 10th, a double points finish wasn't out of the realm of possibility for Williams, with the car having proven its impressive straight line speed in recent weeks. Still, unfortunately, that wasn't the case, with Nicholas Latifi quickly dropping back outside the points and finishing 11th in what was yet another unremarkable race for the Canadian. Now sitting in 21st in the Drivers Championship standings and the lone full-time driver yet to score points, Latifi may not see out the season if de Vries is given a second opportunity.