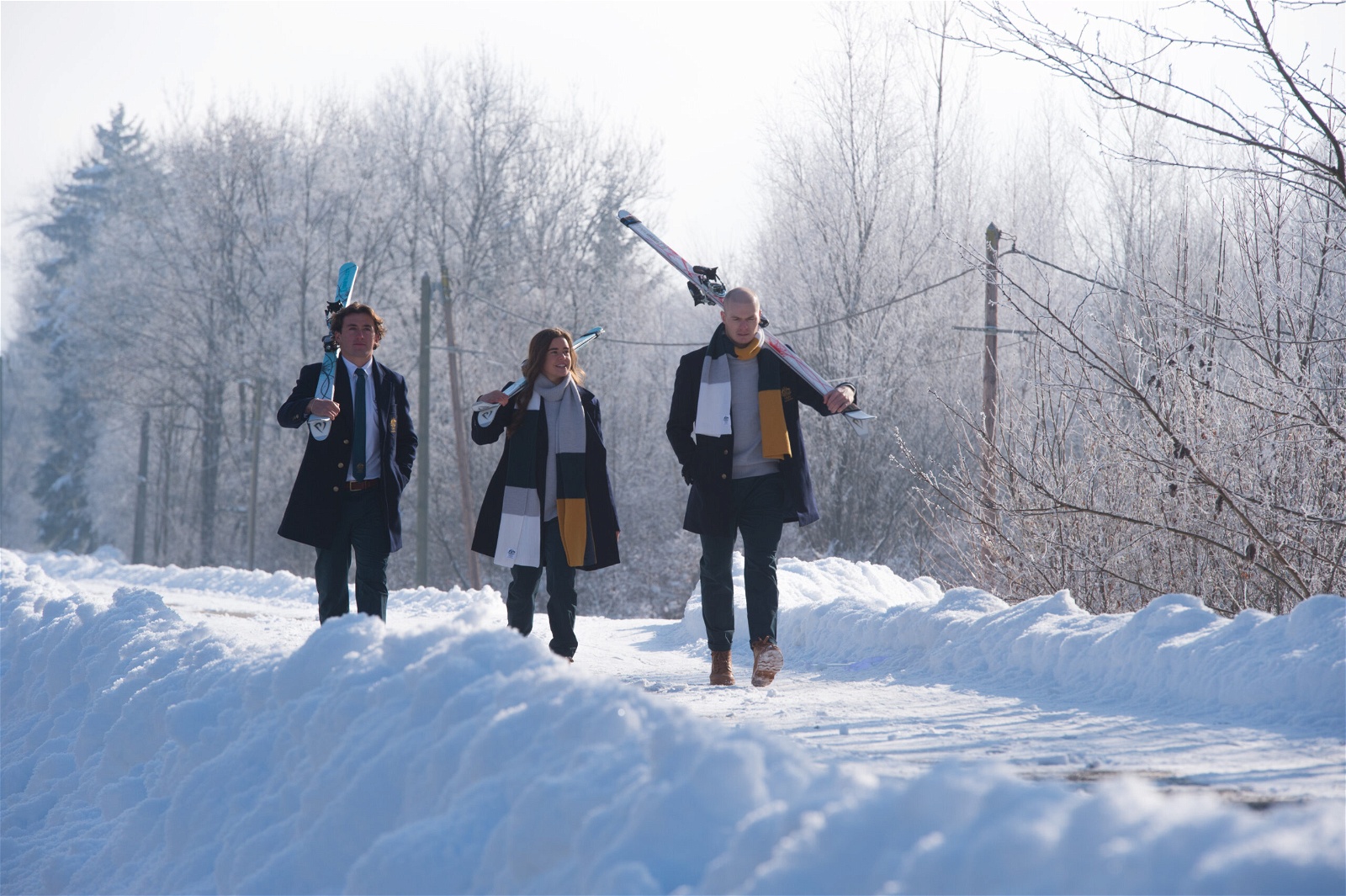 Australia will be sending its biggest team to Beijing 2022 in the Moguls event with eight athletes selected to go after maximising the number of quota spots with four men and four women.

It's yet another experienced team for Australia with just two members, Sophie Ash and Cooper Woods, making their Olympic debuts in 2022.

Britt Cox makes history as the second Mogul athlete to be selected for a fourth Olympics, and it isn't the first time for Cox to write her name in the history books after she was the youngest athlete to compete at the 2010 Vancouver Olympics at 15 years and 137 days.

She's joined by Jakara Anthony and Taylah O'Neill who will both attend their second Olympics, with Anthony as the top-ranked Australian during the 2021/22 World Cup season. Ash completes the team and is joined by her sister Gabi who also makes her Olympic debut in the Aerials event.

Anthony's season has been unreal by anyone's estimation, ranked third in the World Cup standings in the single Moguls event, making it onto eight podiums, including one gold in Alpe d'Huez, France.

Matt Graham, the 2018 silver medallist headlines the men's event for the Aussies, making his third Olympic team alongside Brodie Summers, meanwhile James Matheson has made his second Olympic team following his 14th place finish in 2018.

Summers and Woods have both achieved personal bests this season, recently making the Super Final in the doubleheader event in Deer Valley, USA last weekend.

The team hasn't been without its concerns this season with both Graham and O'Neill making incredible comebacks from injury this season.

O'Neill's season could have been done after she injured her knee a few weeks ago but she's managed to recover, passing her fitness clearance to make the Olympic team.

Graham broke his collarbone 53 days out from the Games during training at a competition and had a plate and 13 screws put in following the break. He returned home to Sydney for a few weeks, before travelling up to Brisbane to practice on the water ramp at the Geoff Henke Olympic Winter Training Institute before returning to the team in Finland for a week of training on snow before the games.

Now 27, Cox recalled the feeling of her selection back in 2010 and hopes to inspire people at the Olympics.

“I remember this moment 12 years ago now, when I qualified for my first Games in Vancouver 2010 and honestly, I have the same amount of excitement and pride to represent Australia as I did back then,” Cox said.

“I can't help but just think about how much I've learned and grown as a person in the 12 years. Looking back, I remember how inspired and motivated I was to become the best possible skier that I could be and I’m just grateful for the journey.

“To even have the opportunity to be competing at these Olympics is really special given the past 18 months. I really hope that we can do something that makes Australia excited. I hope we can inspire people and show stories of resilience and determination because I think that's what the world needs to see right now.”

Anthony made a name for herself in 2018 when she made the Olympic final alongside Cox but just missed the podium finishing in fourth.

This year she wants to prove how much she's matured over the past four years and put down several strong runs.

“I really enjoyed my Pyeongchang experience, and I've done a lot of learning and I'm a much more mature athlete and person now,” Anthony said.

“I've got a whole new skill set that I can take into Beijing with me, and I'm excited to see what I can do with that.

“This World Cup season has been really great for me, I've been able to incorporate a new cork 720 mute jump on the top air and I’ve been able to sort out all the different parts of my runs and get it all together in one go.  The women's field is so strong this year, it’s improved so much with so many girls pushing the sport so hard.

“I'll be going into these games trying to give myself every opportunity to put down the run that I know I can. That’s during the training sessions, during recovery, setting myself up mentally. I've done all the physical work to set myself up, so now it's all about just giving myself that opportunity.”

Geoff Lipshut, Chef de Mission for the Australian Olympic Team for Beijing, highlighted just how phenomenal it is that the Moguls team was able to qualify the maximum number of athletes.

“To achieve the maximum qualification of eight athletes in Moguls shows the tremendous depth of talent in the program," Mr Lipshut said.

"The multiple World Cup podiums and personal bests throughout the season in both Moguls and Aerials is testament to the athletes, coaches, support staff, Snow Australia, NSWIS and VIS who have developed such impressive programs.

“A special congratulations to Britt, from making her debut as a 15-year-old in Vancouver to making history as the first female Australian Mogul skier to compete at four Olympics, Britt has been an amazing athlete and ambassador for winter sport.”

“Australia has such a rich history when it comes to competing in the Freestyle events at the Olympic Winter Games and I want to congratulate each and every one of the athletes selected who will carry on that tradition.

“The last two years have been incredibly challenging for everyone, and once again our athletes have shown incredible resilience and flexibility to adapt to the constantly changing situation.

“Our Moguls and Aerials teams have achieved great things on the world stage, and we have a very proud record at the Olympic Games.

“It is incredible to see amongst this group Britt Cox, at age 27, lining up for her fourth Winter Olympics and 2018 Olympic silver medallist Matt Graham competing in his third Olympics. They will no doubt share their experience and knowledge.”

The Moguls competition will run from February 3-6, in Genting Snow Park.