Edge of the Crowd's July 2022 Playlist 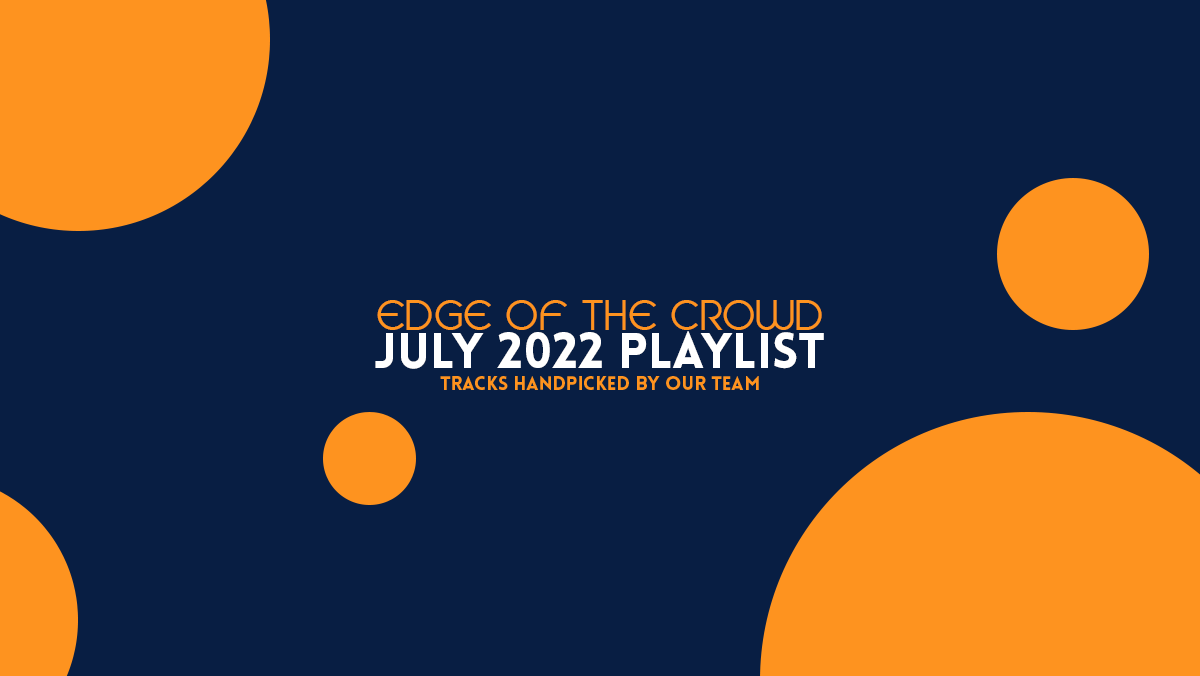 Between You & Me - Goldfish

Between You & Me played its first shows in a couple of years recently, which gave the pop-punk band from Melbourne a chance to debut tracks off of last year’s sophomore album Armageddon for the first time in Australia, including standout track Goldfish. A diss track to the band’s former label Hopeless Records essentially, Goldfish has all the intensity from a band who were ready to break free and take back what the band deserves. It’s all done through loud riffs, poppy melodies, and vocalist Jake Wilson’s tongue-in-cheek attitude with his voice and lyrics, making it a song you can’t help but scream your lungs out to along with him.

So Good is Halsey’s latest release, which she dropped last month. The song itself has that almost perfect harmony between a nice slowed-down song and an upbeat number. The bridge is a personal highlight for me, with it being another bridge that is perfect to belt out in the shower.

Lucy's admitted that the heavy autotune in the studio version of Partner In Crime wasn't originally in the plan, so this version gives fans a taste of what could have been. Whilst I enjoy the studio version, this recording hits different.

Knowing I was seeing Glass Animals at Spin Off Festival in July, I delved into its discography and re-discovered this gem. Easily my favourite song of the band, it makes me want to get down and have a boogie. It absolutely went off at the festival, by the way.

Bruce Springsteen - Something in the Night

Recently I've been delving into Bruce Springsteen’s discography and Something in the Night is one of my current favourites. Typically lyrics are what stick out to me most, but in this song, it’s the instrumentation. Even just the intro itself is awesome, its repetitive melody gets you hooked.

Stand Atlantic came back home and graced Aussie shores earlier this month, and in the process, were able to play through the band’s third album, f.e.a.r. pity party, as shown with the complete album, expresses a levelled-up progression of the band’s sound, which, able to be blended in with a punchy track that includes poppy grooves too, it’s an offering that invites you to say good riddance to every toxic, negative person in life and move on without taking any pity on cutting relationships and ties.

Immediately, this song is a banger. Since I first heard it, Paradise has been on repeat. Paradise feels like it would be perfect for a coming-of-age road trip scene. Every time I hear the chorus, I can just imagine a group of young adults screaming the lyrics at each other.

Inhaler - These Are the Days

My newfound obsession with Inhaler is entirely due to my Dutch friend Sharda shoving this band down my throat the last three years. I finally decided to listen to Inhaler for the first time about a month ago and I have been hooked ever since! Real easy-to-listen-to indie rock, for fans of the likes of Sam Fender, Catfish and the Bottlemen, and The Snuts. I’m sorry for ever doubting your music taste, Shar!

Peach Fuzz - Shaking the Can

The Peach Fuzz project has so many talented people involved, including Samia, Sachi of Joy Again and Jake Luppen of Hippo Campus. The entire EP is amazing, but Shaking the Can is my personal favourite. The harmonies and guitar solos are frankly, immaculate.

While this track isn’t reminiscent of much of the With Confidence rock sound we know today, and possibly gets lost amongst the band’s discography, even on the five-track 2015 EP, Distance, London Lights includes plenty of different varieties and styles of what the band is capable of all in the one song. From simple strums, pounding drums, and almost singled out, laidback vocals - until the end where Jayden Seeley projects more gusto in his voice - it makes for an all-round hearty scream for listeners too.