Edge of the Crowd's September 2022 Playlist

This month we have songs from down the road, across the ditch and far north in our collection. 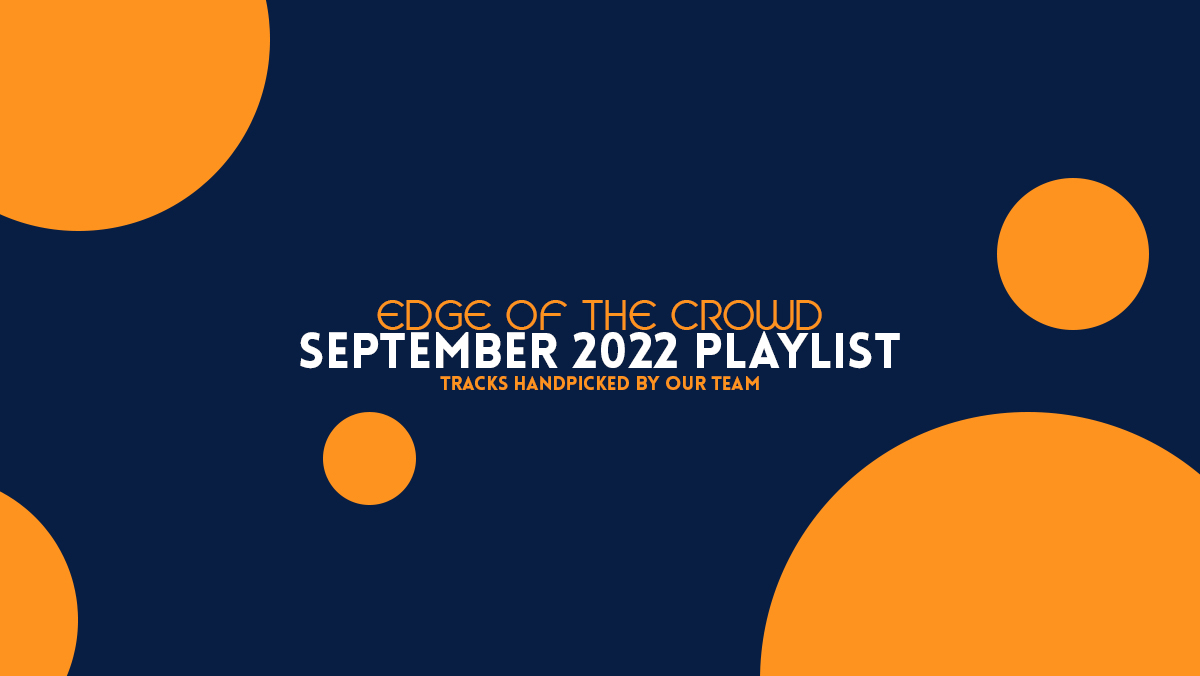 Thank you, Mr Capaldi, for making a comeback and releasing the perfect song for this heartbroken gal to play on repeat 18 times while having a little sob. It’s a well-constructed song; clean production and simplistic instrumentals allow his voice to soar, letting listeners hear the beautifully-written lyrics. Listen to this while curled up in bed or driving in the rain.

RedHook never misses, and that’s more than the case with SAY as well - it’s the band at its most dynamic. The newly-released track is full of heavy riffs, booming drums, and vocalist Emmy Mack’s hooks, with the grunge sound on full display. Tackling big issues in the music industry especially, SAY is an empowering song that has listeners latching to every word and looking deeper, while still banging their heads at the sound too.

The Vanns - Making It Out Alive

The Vanns are my only non-Kiwi pick for this month. This four-piece is probably my favourite Australian band, seeing the band as my last pre-COVID and first post-COVID gig earlier this year. The Vanns' latest track Making It Out Alive is very high up in my list of favourite songs by indie-rockers, with gorgeous instrumental sections that we’ve seen a taste of in songs like Jasmine and Jules Said (Alternate Version).

Earworm alert! The first time I heard it was when I saw Molly open for Stumps, and was instantly hooked on every word they sang. Clever little melodies and hooks littered throughout keep the listener interested, while the big chorus and the minimal instrumentals in the verses provide tension and release.

Early 2010s pop-punk icons Heroes For Hire released its first new track in 10 years with Not Feat. Travis Barker, and it’s like the five-piece never left! And that’s exactly the approach the band took with this latest single, while feeling like the members needed to reclaim their standing in the scene at the same time. The product is such a catchy tune that doesn’t sound out of place with the band’s overall discography. And no, unfortunately the song does not feature Travis Barker. Sorry to disappoint.

The Beths - Expert In A Dying Field

The audible Kiwi accent in Expert In A Dying Field is the icing on the cake for me. The concept of being an “expert in a dying field” following the end (or impending end) of the relationship is one I haven’t across before – it’s super unique and clever from The Beths.

Indie rock with a banjo, made just down the road from my house? It’s a yes from me. This is the debut song from South Australian singer-songwriter Delia Althorp and it’s a winner. Imagine a combination of Kasey Chambers and Slowly Slowly - that’s what this is. Love the way she litters little anecdotes throughout the song, it gives it a warm and nostalgic feel. It's hard to believe this is Delia's debut single because this bloody rocks.

Weightless is a track that you can just take in, and maybe sway back and forth in a dream-like state, because that’s how chill this track is, while still having underlying pop-punk tones. The drawn-out vocals from Stefan Sepulveda at various points moves the song between dark and moody to cheerful and chirpy, with a smile ever-present.

Heading East is the title track of Muroki’s latest EP, something I had the privilege of hearing pre-release. Heading East (the song) was one I kept coming back to on the EP, although there were definitely no skips. A few weeks later I got to hear it live, and it did not disappoint. As a sucker for slower, sadder songs, this was right up my alley.

TURNSTILE IS COMING TO AUSTRALIA. I REPEAT, TURNSTILE IS COMING BACK TO AUSTRALIA. If I didn’t still have Glow On on repeat since its release, I would pop that to the top of the queue right now. I can’t wait to see BLACKOUT performed live - I just know that first verse is going to be yelled so loud, in such harmony, that we aren’t going to be able to hear lead singer Brendan and the hairs on my arms will likely stand to attention.

Manchester-based alternative rockers, Hot Milk came to Australian shores for the first time earlier this month to support State Champs and The Maine on a five-leg tour. Fronted by Han Mee and Jim Shaw, Glass Spiders went off at The Forum, but also the band’s headlining set in Melbourne. The chance to sing the song’s lyrics - especially the parts with minimal instrumentals - in sync while building up to the chorus was a highlight for the entire crowd to enjoy and remember fondly of the band’s first time in Australia.

Goodwill - Clinging Onto You

Clinging Onto You is one of my favourite songs from 2022, released by Goodwill who has yet to put out a song I do not love. Right from the first seconds, Will's musicianship is clear, and then comes his lyricism. I cannot to hear what else he puts out.

All the songs featured can be found on our Spotify, along with the playlists for previous months.