Edge of the Crowd’s December 2022 Playlist

Dani and Ariana wrap up 2022 with some of their favourite songs this December.

By  Ariana Silver and Dani Brown 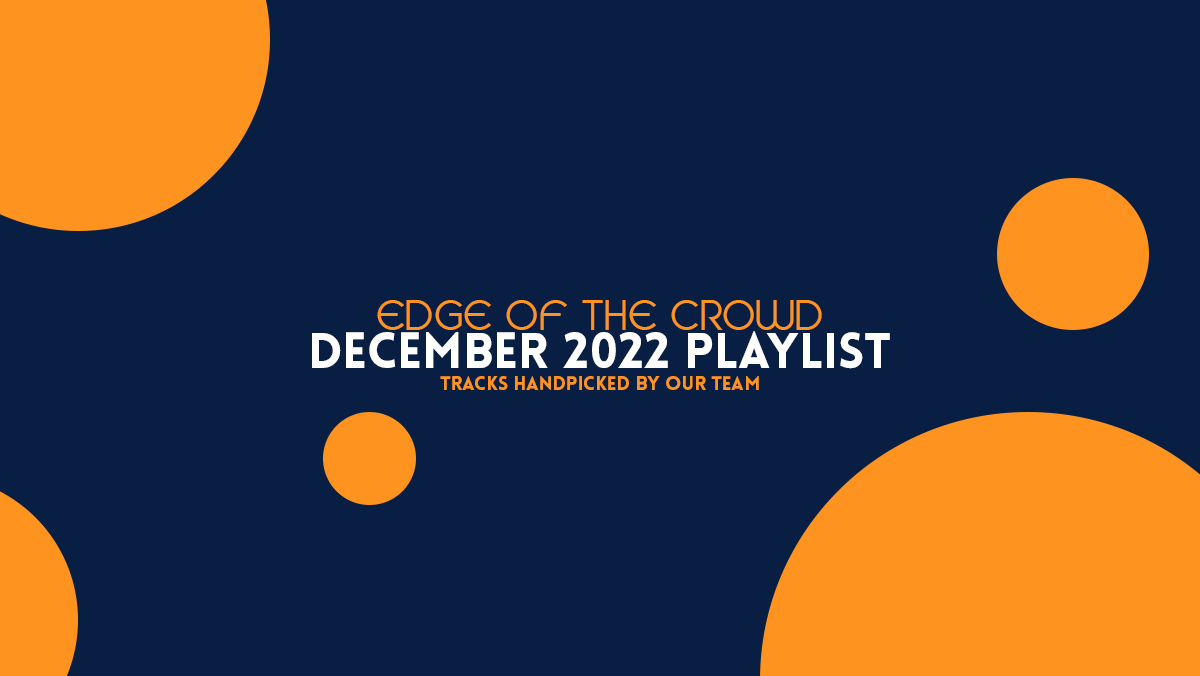 I am quite famously not a pop girly, but I’m trying to broaden my horizons and explore the genre. As a result, I have become utterly obsessed with Rina Sawayama, in particular her song This Hell. It’s so catchy, I simply cannot get enough! It’s so joyful, uplifting, and affirming, I can’t help but smile and dance when listening. I am sure I make up at least 1.2 million of the 19.3 million streams it’s had on Spotify!

After Spotify Wrapped dropped, it seems only fitting to shout out my top song of the year, Hippo Campus’ Ride Or Die. Whilst Hippo Campus’ presence in my Wrapped is no surprise, I didn’t necessarily expect this song to be my top one for the year, let alone from their 2022 album LP3. Ride Or Die is more pop-leaning than some of the other songs on the album which works well for the pop-kick I’ve been on this year.

Arctic Monkeys - Do I Wanna Know?

I have been on an AM binge since finding out I will be photographing the band at the top of my bucket list for Edge of the Crowd in January! Arctic Monkeys are headlining Heaps Good Festival in Adelaide and of course I had to get in the mood. So looking forward to seeing them - and in particular, this song - live for the first time.

Bad Suns - When The World Was Mine

One of my favourite albums I listened to this year was Bad Sun’s Apocalyse Whenever. I’d heard a few of the band’s songs before, but Apocalyse Whenever was the first time I had actively sought out their music. Honestly, I love the whole album, but When The World Was Mine is one of my top picks, specifically because of the line “I don't care what we do, can I kick it with you?” As a lover of quality time, I feel seen.

My best friend Jess and I flew to Sydney earlier this month to see 5SOS play at the Sydney Opera House Forecourt and it was magical. The variety of their large, 11-year discography was on full display, but one of the most special moments for me was when they played Disconnected. It was the first true “old” song of the set and it sent me back, and it made me so emotional I actually had tears in my eyes. Jess and I held each other’s hand and screamed along to one of the first songs we bonded over, and it was one of my favourite moments of the year. Listen to this song in honour of our friendship!

Maggie Rogers - Anywhere With You

Speaking of quality time, here’s another one – Maggie Roger’s Anywhere With You. It was only this month that I listened to her album in full, and this song was one of my immediate favourites. Honestly, I’m a bit sheepish that it took me this long to actually get my ears into this song, as I’m sure it’ll make its way into my 2023 Wrapped.

This month's playlist, along with our previous 2022 playlists, can be found on our Spotify: