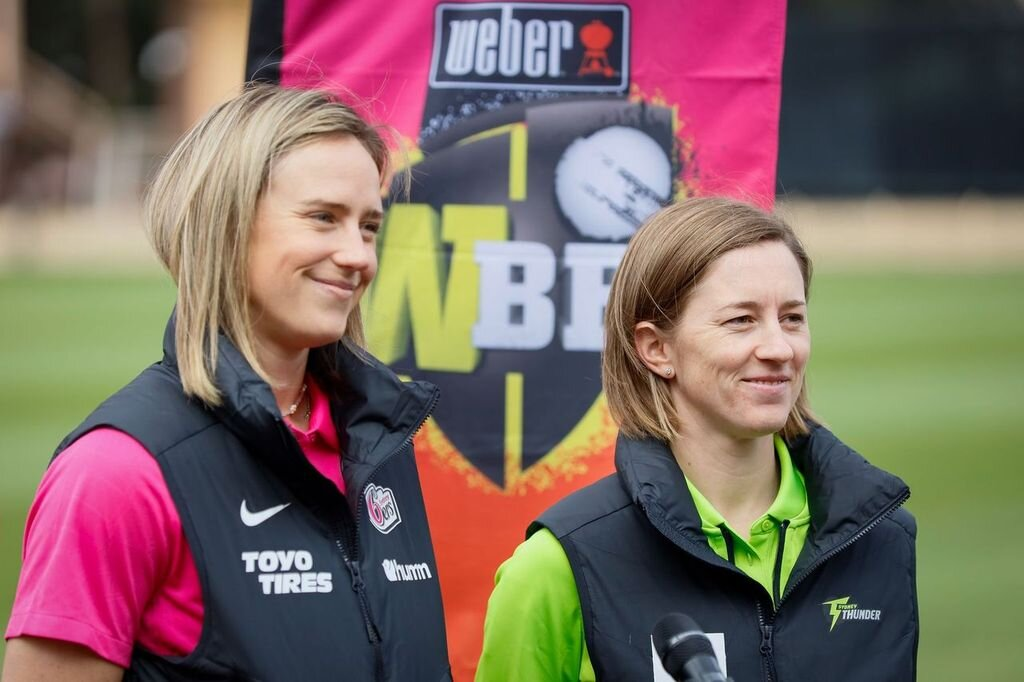 The week is set to celebrate the coaches, volunteers, coaches, officials, players and administrators that make the game possible.

The week is set to celebrate the coaches, volunteers, coaches, officials, players and administrators that make the game possible.

With the Women's Big Bash League set to enter its eighth season this week, Cricket Australia took the opportunity to launch Women And Girls Week.

The week is set to run from November 21-27 to coincide with the WBBL|08 finals and will celebrate all the women involved within the sport, that make the game possible.

Whether it's parents driving their kids to the game or junior coaches all the way up to those players at the top level like Ellyse Perry or Annabel Sutherland, there are so many women who haven't been celebrated to the level they should have.

Thankfully, the culture of Australian cricket is changing to further embrace the women that make the game happen and Cricket Australia is again at the forefront of this celebration.

Head of the BBL Alistar Dobson said the week will be a continuation of the celebration of the colossus the WBBL has become throughout its first seven seasons, and ahead of the upcoming season.

“The Weber WBBL is the world’s best cricket league for women and we are delighted to be taking the competition back to fans in every home market this season," he said.

“For many fans, WBBL|08 will be the first time they’ve seen their favourite players or club since 2019 and we look forward to sharing a brilliant experience at the cricket that showcases the very best of our game.

“We know the importance of the WBBL in inspiring girls around Australia to love and play cricket and also providing a crucial pathway to international representation.

“We’re proud to be joining all of Australian Cricket in celebrating Women and Girls Week during the Weber WBBL|08 Finals to recognise all women who make the game a leading sport for women and girls.”

Perhaps the most recognisable female cricketer in the world is Ellyse Perry and she isn't the only one who is excited by this move, as she too is trying to make the game more open for everyone. Recently she launched a women's cricket brand which will provide equipment specifically tailored for a female demographic.

"It's exciting to launch the Weber WBBL|08 season alongside so many inspiring female athletes from all over the world. The thought of having crowds back right around the country for the competition is wonderful," she said.

"Women And Girls Week is a fantastic opportunity for all of the players to celebrate and recognise those who have come before us, the volunteers who continue to grow the game, and the bright future of the game that is represented by so many young, talented girls with the world at their feet."

While Perry was speaking on one side of the country, Beth Mooney was speaking in Perth about the incredible opportunities that are now open to girls in the game.

“I said to one of the girls how amazing it is to have this opportunity for kids these days because when I was growing up I didn’t get to see many female athletes as role models," Mooney said.

“For young girls to see that you can grow up wanting to be a Perth Scorchers player, a WA player or an Australian player, and having them front and centre is amazing.

“It’s been an amazing 10 years for cricket in Australia, especially in the women’s game. The evolution of the game has seen huge numbers of scoring rates, lots of wickets taken and lots of opportunities for young girls who can now see a pathway."

While the players are extremely important, the game would never occur if it weren't for the amazing volunteers who in particular make junior cricket happen. Mooney reflected on those people as well.

“Volunteers are a huge part of cricket around Australia," she began.

"Sometimes they might feel like we take them for granted but certainly, as a player, I can see exactly the impact they have on being able to get days like this (Perth’s Fan Day) up, to get club cricket up, and to get people to games. We don’t want to underestimate what they do for the game.

“The opportunities as an administrator, coach or businesswoman are endless. Gone are the days when people just sit home and do something they think they should do. A lot of women out there do the things they want to do, and the opportunities are there for them.”

Women's cricket is clearly growing in Australia and all around the world and Cricket Australia provided some statistics to show just how big the game is getting.

WBBL08 is set to kick off in just a few days with the first match between the Brisbane Heat and Sydney Sixers from Great Barrier Reef Arena on Thursday, October 13 from 6.40pm AEST.