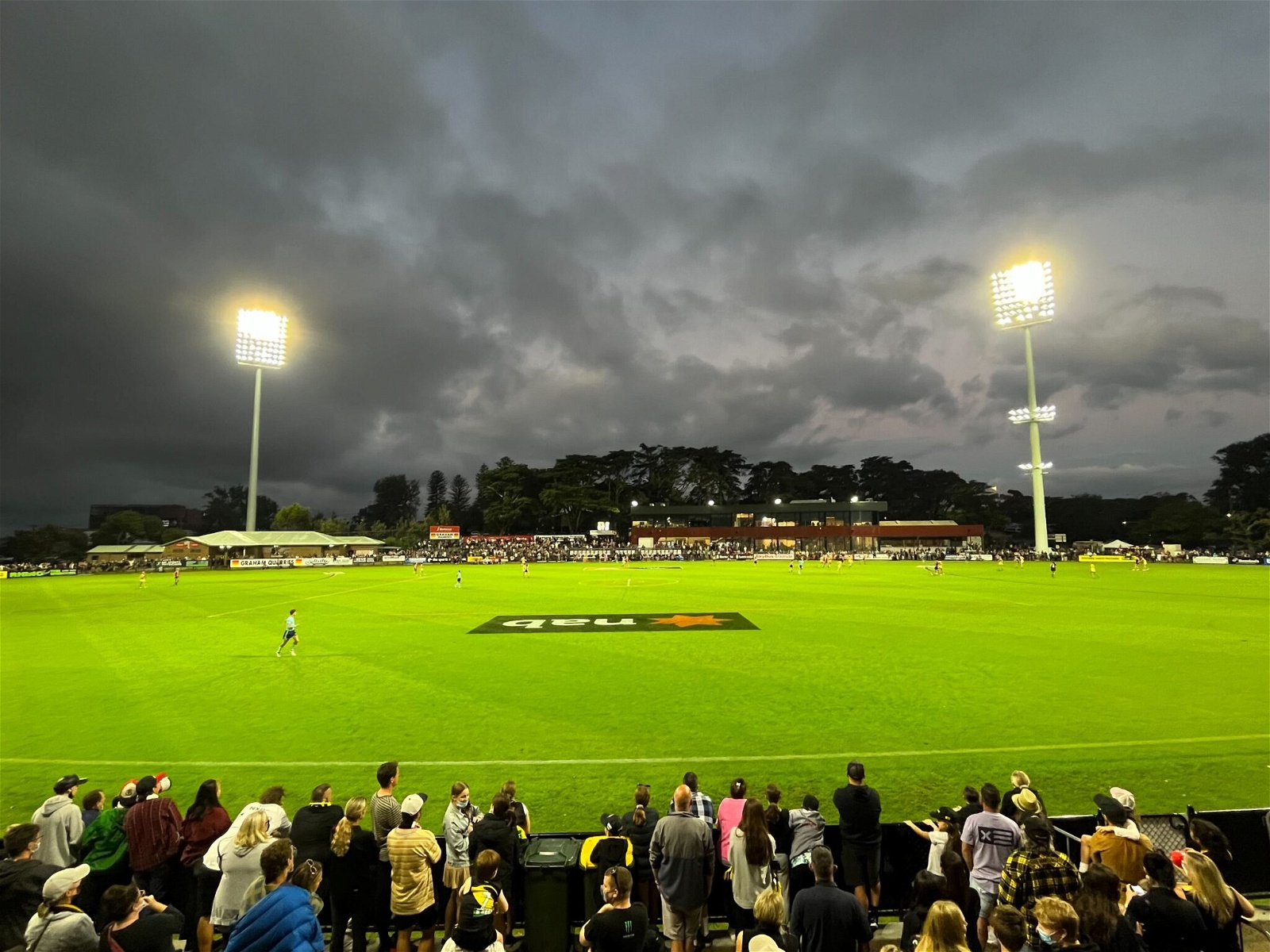 On the back of a superb performance by Monique Conti, with 29 disposal and six tackles, Richmond Tigers have recorded a crushing 38 point win over St Kilda 61-23 to open the sixth AFL Women's season.

The atmosphere at Frankston was electric early on with just 1 point separating the sides at quarter time.

34 year old, Courtney Wakefield opened the scoring for the Tigers. The Mildura local used to travel from Mildura to Melbourne weekly for the VFLW, however now established as one of the best key forwards in the game, she bases herself in Port Melbourne for the AFLW season.

Tayla Stahl scored a sensational around the corner effort on goal for the tigers soon after Wakefield. Stahl is known as threat around goals and booted 67 goals for Bass Coast in just 15 games, before signing with the Tigers.

Late missed chances cost St Kilda the chance to lead at halftime with the Tigers up 9 points at the main break.

Frankston's SkyBus Stadium had its $2.8 million lighting upgrade get a real run for its money, with it being the first televised night game at the stadium.

Around 3,000 tickets were sold pre-match with the stadium reported to have a capacity of around 8,000.

Nicole Livingstone, the AFLW League's CEO, hoped that with the decision to open the season with a game between St Kilda and Richmond at Frankston, partially due to the number of visitors on the Mornington Peninsula, that people would be drawn to games over the summer.

Richmond captain Katie Brennan then did what she has done for years for the Tigers, slotting an immaculate set shot from about 40 meters out.

Nick Dal Santo's Saints were left goalless for the 2nd and 3rd quarters only managing to score four points in that time. Richmond had no such issues, kicking seven goals straight up until the 3rd quarter.

The Tigers proved to be far too strong in the end, finishing the game 38 point winners. It was Richmond's highest ever score in AFLW.