Aussie film fans and cricket fans deserve better than Save Your Legs!

There were plenty of factors that missed the mark in one of a limited number of Australian cricket films, as discussed on this week's episode of Goals on Film. 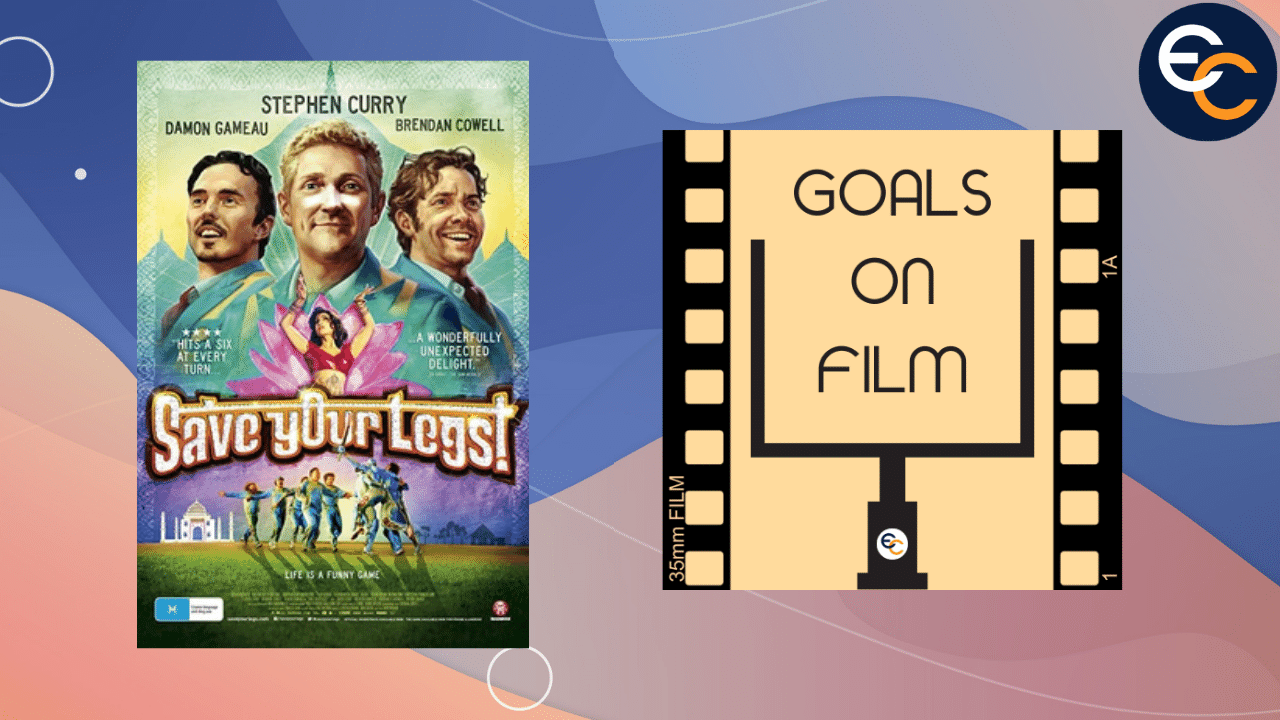 As one of only a handful of cricket films, Australian cinema fans, and fans of the sport worldwide, deserve better than 2012 comedy Save Your Legs! - directed by Boyd Hicklin and starring Stephen Curry -, as Jason, Stuey and Callum discussed on this week's episode of Goals on Film.

Australians pride themselves on their love for sport and the trope of an underdog story. And these two characteristics of a nation, when combined, have the potential to produce a great film.

However, when Boyd Hicklin decided to direct Save Your Legs! in 2012 - a film about a D-Grade cricket team travelling to India for a tour, amongst growing up in life -, it failed to hit the mark of what Australian cinema fans, and cricket fans might expect, and more pressingly, deserve.

There are some prevalent issues that prevent Australian studios and productions from having the same final result that Hollywood can produce. The factor of funding may be the biggest.

But Hollywood is unlikely to ever make a cricket movie. Maybe when USA cricket sees itself in more of a world capacity. Co-hosting the 2024 Men's T20 World Cup might help in that regard. So, it's left up to the bigger cricketing nations, places like Australia, India, England.

The former two nations combined for Save Your Legs! with a majority of the film's shooting schedule taking place in India. The Victorian Government at the time even supported the film an act to strengthen the partnership and to promote trade between Australia and India. The scenes of the Indian landscape though were gimmicky and didn't build on enough of the conventions of the area and what its known for.

Continuing on with that, even with this backing from the State Government, and a well-intentioned foray into making a cricket film in Australia, the film lacked the necessary connection that filmmakers would intend audiences to feel.

With Save Your Legs!, much of the drama incorporated the sport as well, but without the sport being strong, it meant the drama of the film also lacked enough depth and storytelling capabilities.

The premise of Save Your Legs! is a story that's been tried and tested many times before, especially in Australia. Even in other films Goals on Film has reviewed and spoken about including Chasing Comets, The Merger, even Crackerjack.

Based on a documentary of the same name that details the real-life Abbotsford Anglers Cricket Club's tour of the sub-continent, the film had a good source material. Even with supposed changes to the story to dramatise it for the big screen, it still had a good base. It's execution was lacking though.

With Australia's laidback culture, it could be said Save Your Legs! suffers from this particular depiction of Australian people, especially a park cricket team.

However, perhaps in conveying the Aussie culture of poking fun at each other, taking the piss, and having a laugh, when done poorly, isn't a great look. And to Australian audiences, but especially international audiences, can come across into an unfair caricature, which can be noticed within the film, and among others also.

This was in the acting performances, but also in the script. It's worth noting Cowell wrote the screenplay and it therefore allowed for him to have a say in the film's tone and subsequent delivery. There might also be a connection with Cowell writing the script and Rick probably being the most fleshed-out character too.

Not to take away from the performances of others of course, Curry is a great of Australian cinema in his own right, but it still felt stale with an intended chemistry that wasn't exactly translated on screen, no matter how well it might've been off-screen.

Australia has, since Save Your Legs! in 2012, produced TV mini-series Howzat! Kerry Packer's War in the same year, and feature film Backyard Ashes in 2013.

With an already-low number of cricket films and television series made in Australia especially already, it's important to make any and all ventures into depicting the sport on the screen work and relate to audiences, especially down under.

Australians will latch onto any and all cricket content produced, but with an underwhelming output thus far, Australian audiences need to trust the production companies making these movies and programs, but the limited range of content - and everything going forward - needs to be better than Save Your Legs!.

For more on this discussion and other talking points on 2012 Australian cricket comedy, Save Your Legs!, including a look at how the film depicts the sub-continent, Sachin Tendulkar's influence on Indian and world cricket, and the cast, listen to Goals on Film on Spotify and Apple Podcasts.

For all the other shows on Edge of the Crowd’s podcast network including The Top Edge Cricket Podcast, you can visit here.