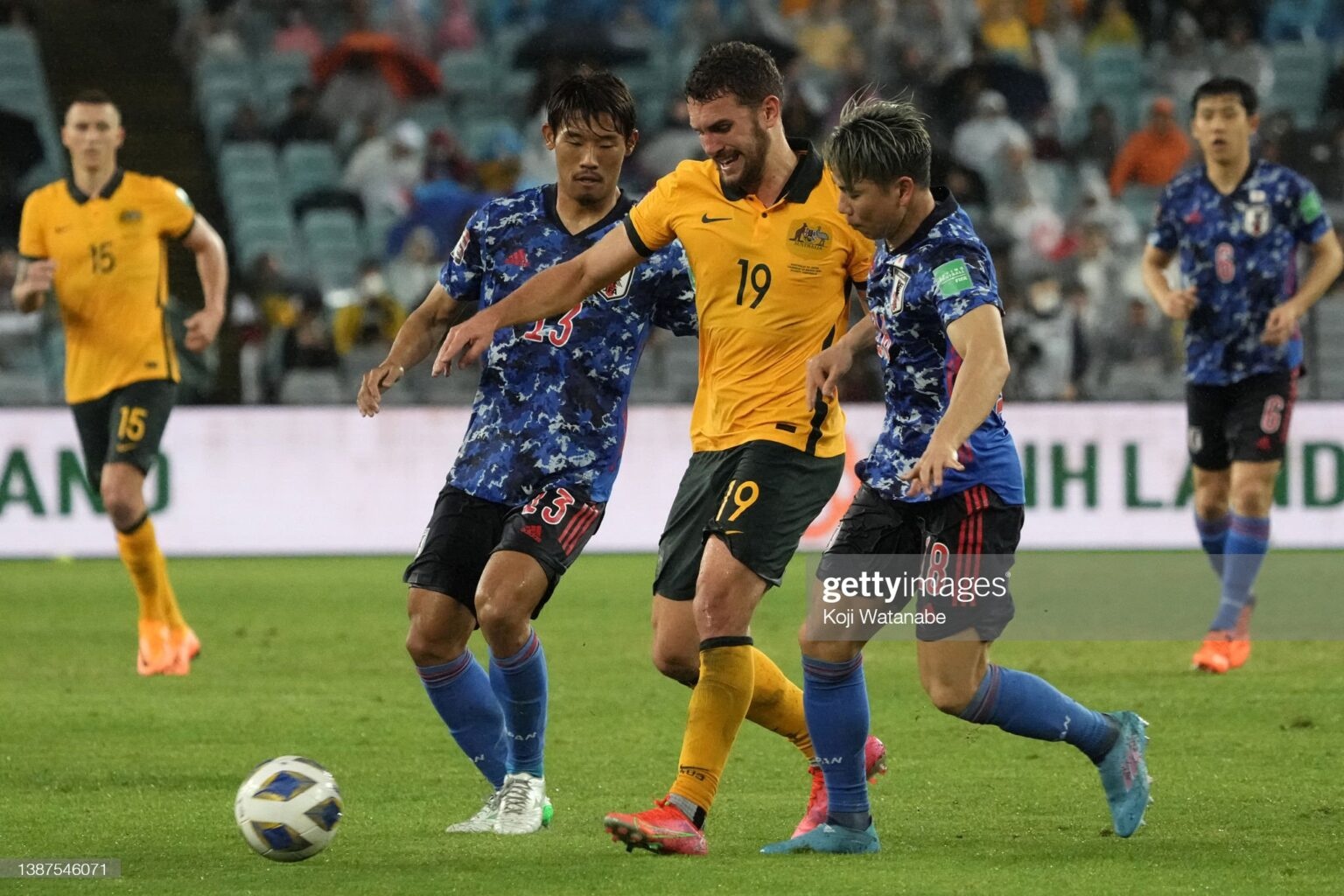 It’s a windy afternoon in Norway when I sit down with Viking FK defender Gianni Stensness. The newly capped Socceroo, battling a cold, laughs as he tells me he misses living in a warm country sometimes. He quickly follows that up with resounding praise of the Norwegian landscape. In particular, the Fjords, not to mention its geographical location.

Not a surprising thing to admire about a Scandinavian country when you are from an island as far away from everything as Australia. He is no stranger to Scandinavia, having spent some time there during his high school years. Something that Stensness credits with helping him easily adapt to playing in a country so far from home.

Was it a tough transition moving from Australia to Norway?

“I did know a little about Scandinavia. I lived in Sweden for a year when I was 16 years old, kinda like an exchange year. I went to school in Sweden and lived with a host family and everything. I learned a lot. It’s quite similar cultures and quite a similar language.

“I had a teammate at Viking. Joe Bell, who was my midfield partner for a lot of tournaments with New Zealand. He gave me a bit of a rundown before I got there and told me it was a good club. He [Joe] had really done well here.

“So, from what I had heard, it was a good club. The move has really confirmed that. Welcoming place, welcoming people, it has been nice.” Said Stensness.

And that’s before we even get to the pitch. Gianni has had an incredible start to life since his move to Norway. Making the move during a time that the world was still struggling with COVID-19, the centre back hit the ground running at Viking. It was the middle of the Norwegian season when Stensness made his first start for one of the oldest clubs in the Norwegian first division against Stabæk.

The youngster impressed at centre back and has held his place in the first team since that day. Gianni has only tasted defeat three times since his debut at Viking.“Yeah, I think that sounds right,” he laughed when I mentioned that to him.

Not only has he switched continents, but he switched positions with relative ease as well. After spending most of his career at centre midfield with Central Coast, Viking immediately thrust him into the last line of defence. He has adapted so well that Gianni considers it his natural position now.

What do you consider your natural position?

“Right now, I think my natural position is centreback. I think I have comfortably transitioned there. I played over 20 games at centreback here (at Viking), and I played centreback for New Zealand at the Olympics.

“I’m still versatile, you know, for the Socceroos, I played the first game at centre mid and the second game I played centre back. But yeah, right now my natural position is centre back." Explained Stensness.

It’s been a fast rise for the 23-year-old. Having made his professional debut at age 20 for Wellington Phoenix, he played for Central Coast Mariners the following season. It was a tough year for the Mariners, finishing dead last in the A-League regular season.

Stensness firmly established himself in the first team, starting all 26 matches and winning the club’s newcomer of the year in the process. He also won the club’s goal of the year award, scoring an incredible bicycle kick against Western United. It shocked me to hear that he didn’t even win the league’s goal of the week for that strike.

The next season at the Mariners couldn’t have been any more different. The Central Coast side experienced a meteoric rise in just twelve months. They went from rock bottom to third place. An incredible start was integral to their great season, and Gianni played every minute. He is convinced that a switch in mentality amongst the squad was the impetus for the rapid improvement.

How were those two seasons at the Central Coast Mariners?

“It was quite amazing the transition we managed over the two years. Getting out of the rut, you know, of consecutive wooden spoons, five years down the bottom of the table.

“I have a belief that it had a lot to do with a teacher we had who tried to change our mindset around winning. Because I think one thing that happens when you lose so many games in a row, so many years in a row down the bottom of the table, is you kinda resign yourself to the way things are.

"So it was a lot about changing your mindset and mentality around winning and getting that back to what it should be as a professional footballer.

“That was one of the things that changed our trajectory that year. Obviously, there were other factors. We worked very hard in pre-season on strength and conditioning and style of play. We had some good leaders that year. It was a combination of a lot of factors that really stepped us up and changed not only how we played but also how we reacted to adversity.”

Gianni is making some headway in international football too. Having flirted with the idea of representing New Zealand, he recently decided to represent Australia internationally. He debuted in the last two matches of the AFC 3rd Round of World Cup qualifying, suffering defeat to Saudi Arabia and Japan whilst wearing the Socceroos jersey.

What was your experience representing New Zealand in youth tournaments?

“I only just recently, in November last year [2021], switched to representing Australia after representing New Zealand for a couple of years. My Dad is a Kiwi, so I moved over there, playing for Wellington Phoenix and decided to make the switch. I had some successful tournaments with them [NZ]. – the 2019 FIFA U-20 World Cup and the most recent Olympics as well. I love the big tournaments, getting to play against the big names.”

There are brighter days ahead for Gianni in a Socceroos kit, but he had some pretty damn good ones in a New Zealand kit. He upstaged none other than Norwegian goal machine Erling Haaland at the Under 20 FIFA World Cup in Poland when he scored the first goal in a 2-0 victory over Haaland’s Norway to send them crashing out of the competition. He also had a successful Olympic campaign with the All Whites, qualifying for the knockout stages. They would eventually lose to host nation Japan 4-2 on penalties.

Should I book my ticket to Qatar to watch the Socceroos at the World Cup this year?

“We have 100% belief going forward. The way we do these tournaments, we take it one match at a time. We are just focussing on the UAE game first, then we will worry about Peru. You don’t need any more motivation than potentially qualifying for the World Cup."

With a penchant for the big games, elite defensive ability across two lines, and an eye for spectacular goals, Australia has a potential superstar. Remember the name Gianni Stensness. You might just be getting it printed on the back of your kit in the not too distant future.

You can catch a longer chat with Gianni Stensness on Edge of the Crowd's newest podcast After Extra Time.