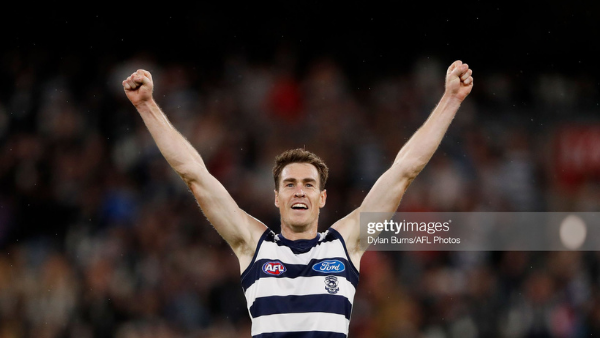 After another great round last weekRound Three had it all, thrillers, goals after the siren, massive comebacks and lots more.

It was a performance of dominance from the Lions as they defeated North Melbourne by 108 points at the Gabba.

It was a fast start for Brisbane with seven first-quarter goals and keeping the Kangaroos to just two.

Harris Andrews (14 disposals and 7 marks) and Marcus Adams (17 disposals and 10 marks) were able to pick apart the Kangaroo's forward line, able to pick off anything that came in. Up forward Lincoln McCarthy stole the show up forward scoring five goals.

Brisbane had nine goals last quarter to see them score 156 points for the match to the Kangaroos 48.

If there is one thing we’ve learnt about the Demons it's that they’re not afraid to win ugly and that was on show in the clash against the Bombers. It was a scrappy opening term with the Demons kicking three goals nine in the opening term.

Despite the Bombers coming hard in the following two quarters, the reigning premiers proved why they are among the best storming home in the final quarter kicking five goals to two.

Sam Weideman will provide selection headaches next week after coming into the side for Ben Brown due to Covid protocols, Weideman went on to kick three goals. Ed Langdon put a strong case forward as one of the best wingmen in the competition with 31 disposals and a fantastic goal.

Christian Petracca was quieter than usual, just having the 21 disposals and spending a lot of time up forward but was able to provide that spark but he still provided the spark the Dees needed when the Bombers were coming hard.

The game against Collingwood was a momentum game with the Cats slowly getting out of the blocks with just the two goals but when they were on, they were on. In the second quarter, Geelong was quick on the transition which saw the Cats go up by five points at halftime.

The third quarter was a disappointing one, letting Collingwood get off the leash allowing the Magpies to kick nine goals to three in the third quarter. Going into the final quarter the Cats had a 30 point deficit to work back.

Thanks to some Jeremy Cameron Magic they did just that with Cameron finishing the match with six goals and nine marks. Tom Stewart was important down back finishing the game with 29 disposals.

The Blues continued their fine form with a one-point win over Hawthorn on Sunday afternoon. Carlton showed both the best and worst in the one game, almost giving up what was a 40 point lead to only just holding on by one point over the Hawks.

Jack Silvagni was also a key for Carlton kicking three goals, including the match-winner for Carlton, against the grain of the match with Hawthorn coming home strong.

The Western Bulldogs got on the board in 2022, securing their first win of the season against Sydney on Thursday night. The Bulldogs had all the momentum in the first half but couldn't capitalise in front of goal finishing the match with 17 behinds.

It was one of the Bulldogs' best defensive games for the season, keeping the Swans to just nine points at halftime and not letting the Swans get that run in the first half that they are so well known for.

Tim English played an important role around the ground taking a few important marks, he finished the game with eight marks. Ryan Gardiner had one of his best games in the red white and blue, having four marks with all of them being intercept marks.

After a six day break, the Swans weren’t able to back up their performances from the first two rounds of the season going down to the Bulldogs by 11 points on Thursday night.

The Swans only scored nine points in the first half of the match and while they were able to get within five points after a goal from Errol Gulden in the final minutes of the match, it wasn’t enough with the Bulldogs quickly scoring down the other end.

The Swans just made too many little errors that crept into the match, with dropped marks and fumbles being the story of the Swans' night. The Swans also gave away a few costly free kicks after Dylan Stephens held Laitham Vandermeer’s jumper in the goal square seeing an easy goal for the Bulldogs.

The Giants stopped the critics in their tracks in the side's first win of the season with a dominant performance over the Gold Coast Suns. The Giants midfield was almost unstoppable with club debutant Braydon Preuss dominated in the ruck battle having 34 hit outs for the match.

Stephen Coniglio is back at his best again with 32 disposals then being joined by Tim Taranto (36 disposals) and Tom Green (29 disposals) in that midfield, it proved to be too strong for the Gold Coast Suns.

Up forward it was Harry Himmelberg (three goals), Jesse Hogan (two goals) and Green (two goals) who were dominant on the scoreboard for the Giants in what was a 26 point win over the Suns.

There were lots of positives to take out of the clash against the Cats although inaccuracy and a goalless last quarter saw them go down to Geelong by 13 points.

After kicking the first goal of the game through Dylan Moore, the Hawks then went on to concede seven goals with Carlton getting on a run. The Hawks were down by 40 points at one stage in the match.

Luke Breust and Jack Gunston played a massive role in the Hawks attempted comeback kicking two goals each. Gunston kicked the final goal of the match to put Hawthorn within one point but unfortunately, the side couldn’t get up.

Changkouth Jiath played a key role in the Hawks comeback having 27 disposals and playing an influential role down back.

After a disappointing loss against St Kilda, the week before the Dockers were dominant against the Eagles coming away 55 point winners in the Western Derby.

While it was a slow start for both teams, the Dockers went into the first change with an eight-point lead but the Dockers were able to keep the Eagles scoreless in the second quarter while kicking four goals going into the halftime break.

Lachie Schultz was awarded the Glendinning-Allan medal after having 23 disposals and two goals.

St Kilda notched up their second win of the season after a 33 point win over Richmond in Maddie's Match at Marvel Stadium. While the Tigers led at every change the Saints came marching home to get the win.

The Tigers had a four-goal lead midway through the third quarter but the Saints were able to peg back that margin to go into the final quarter with only a two-point deficit. The Saints stormed home with a seven-goal final term.

Max King was on fire in that final quarter, finishing the match with four goals with Tim Membrey close behind having three majors on the day. Jade Gresham and Jack Steele were the leading ball getters for the Saints with 32 disposals each.

It was a disappointing day for the Tigers who led the match at every change except when it counted. A four-goal lead midway through the third quarter looked like the Tigers were going to storm home but the Tigers were stopped in their tracks by a dominant St Kilda side.

Richmond was up by two points at the final break but only scored the one goal for the final quarter with a goal from Shai Bolton in the final minutes of the match.

It was a disappointing match for the Suns with the Giants just dominating for the majority of the match which saw Gold Coast go down by 26 points at Giants Stadium. While the final quarter showed positive signs with the Suns being able to win that final quarter by seven points.

New recruits Mabior Chol and Levi Casboult filled the void left by Ben King who did his ACL during the pre-season with the pair kicking three goals each. Brayden Fiorini was the leading ball getter for the Suns with 25 disposals.

It was a slow start for the Crows after kicking just two goals in the opening quarter but it was the final quarter where the Crows really came alive. Although it looked like Port Adelaide would run over the top of them, they were able to chip away at what got out to a 19 point margin early in the fourth.

The Crows were able to stay in the contest, when Port Adelaide got a goal in that final quarter they were able to fire back and then just stormed home with the final four goals of the match.  It was Jordan Dawson who took out the Showdown medal who had 24 disposals and two goals, Lachie Gollant and Elliott Himmelberg at four each, including crucial ones in the last quarter.

In a showdown that provided everything, Port Adelaide finished the night on the wrong end of the result after giving away a free kick in the last moments which saw Jordan Dawson write his name in history books.

Todd Marshall played one of his best games in the Port Adelaide jumper kicking five goals for the match. The Power were inaccurate in front of goal, kicking 14 behinds for the match including one in the final minutes of the match from Travis Boak.

The Power were up by 15 points at three-quarter time and looked like they could have run away with the win but unfortunately for the Power they couldn’t hold on.

Essendon's performance against the Demons showed promising signs, with the Bombers spending some time in front but unfortunately just couldn’t keep the run going to go down to the reigning premiers by 29 points.

Essendon lost focus in the last quarter, running out of steam and just kicking the two goals in the final quarter. With the Bombers making easy errors that allowed Melbourne to capitalise and run away with the game.

Peter Wright proved to be an essential part of the Bombers' forward line, kicking four goals and having 5 marks for the match. Dylan Shiel and Darcy Parish were among the best for the Bombers having 25 and 24 disposals respectively.

For the second week in a row, the Eagles were without key players due to the AFL’s Health and Safety protocols. While it was a closely contested first quarter the Eagles were kept scoreless in the second quarter having only scored eight points in the first half.

The Eagles were just picked apart by Fremantle with the Eagles only scoring 47 points for the match.  Josh Kennedy was the leading scorer for the Eagles kicking two goals while Shannon Hurn and Andrew Gaff were leading possessions with 27 and 25 disposals respectively.

It was a night that North Melbourne would rather forget after losing to the Brisbane Lions by 108 points, with the Lions just dominating. The Kangaroos won the clearance battle in the first half although were wasteful going inside 50 with the likes of Marcus Adams and Harris Andrews just eating everything up.

The Kangaroos were picked apart in their defensive 50 with precise kicks from the Lions not giving the North Melbourne defence a chance. Nick Larkey was a highlight in what was a disappointing day kicking two goals for the match.